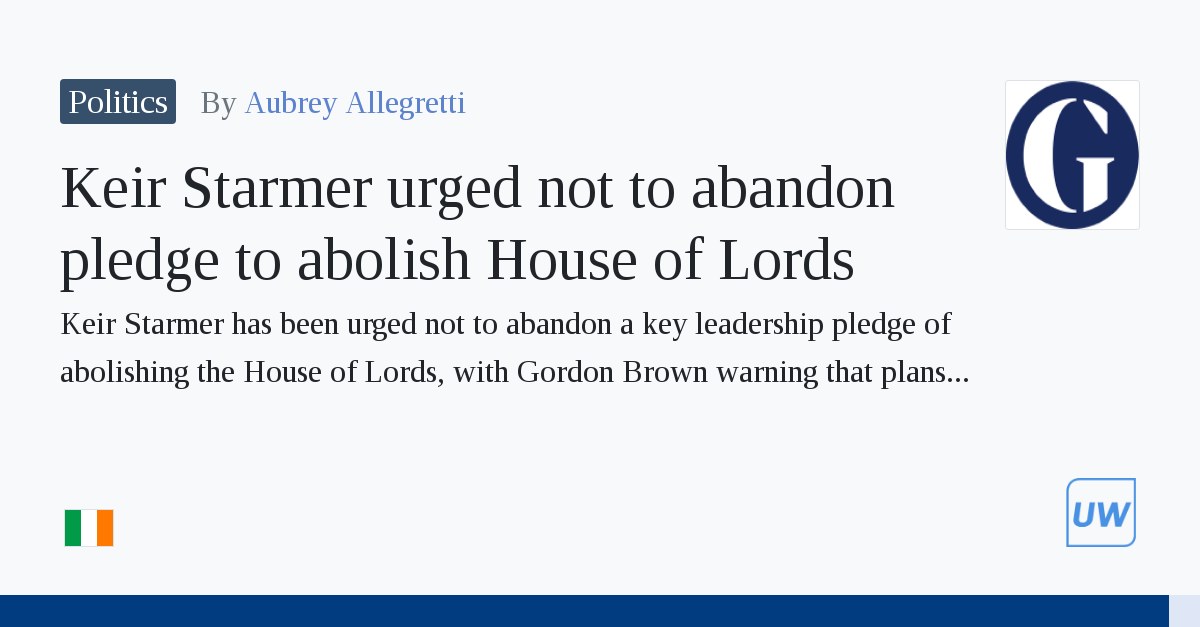 Keir Starmer has been urged not to abandon a key leadership pledge of abolishing the House of Lords, with Gordon Brown warning that plans to “gerrymander” parliament’s upper chamber by flooding it with dozens of Tory peers proved the need for drastic reform.

Alarm was raised by the former Labour prime minister over a proposal drawn up by a political lobbying group for Boris Johnson to appoint up to 50 new Conservatives to ram contentious legislation through given a series of embarrassing defeats by peers.

‘We must do better’ says Gelsinger on Intel’s latest results

Rishi Sunak says as PM he would cap number of refugees UK...