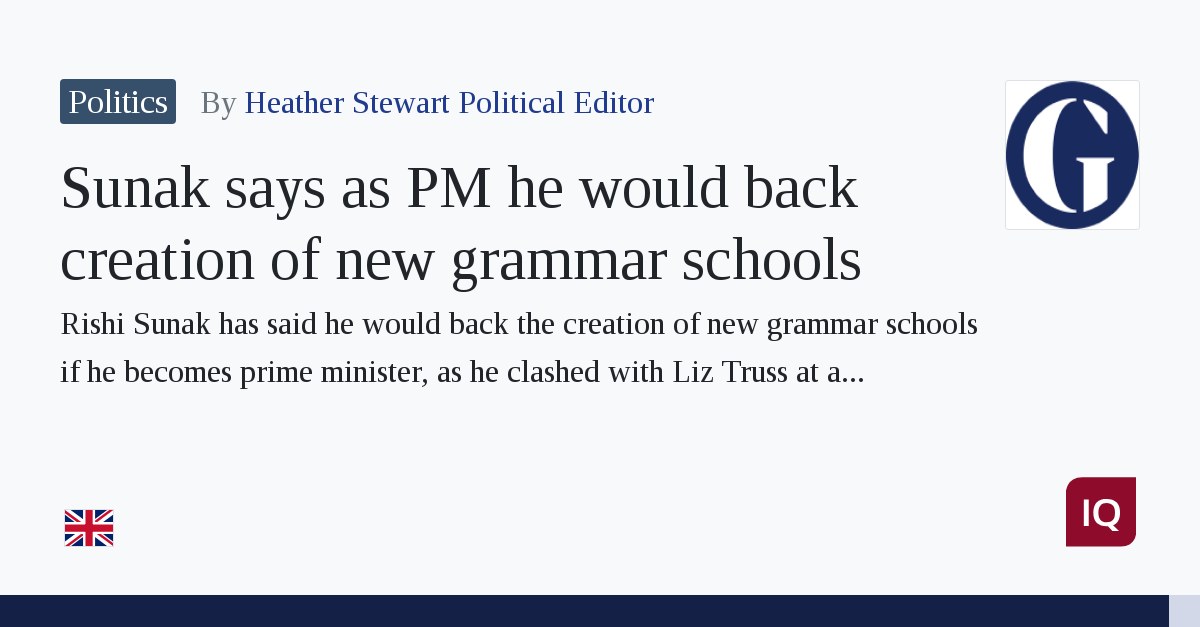 Rishi Sunak has said he would back the creation of new grammar schools if he becomes prime minister, as he clashed with Liz Truss at a Conservative party hustings.

The former chancellor, who attended one of the UK’s most expensive public schools, used his opening speech at the debate in Leeds to say he would create “a Britain where the birthright of every child is a world class education”.

Voters did not know what Starmer stands for,...