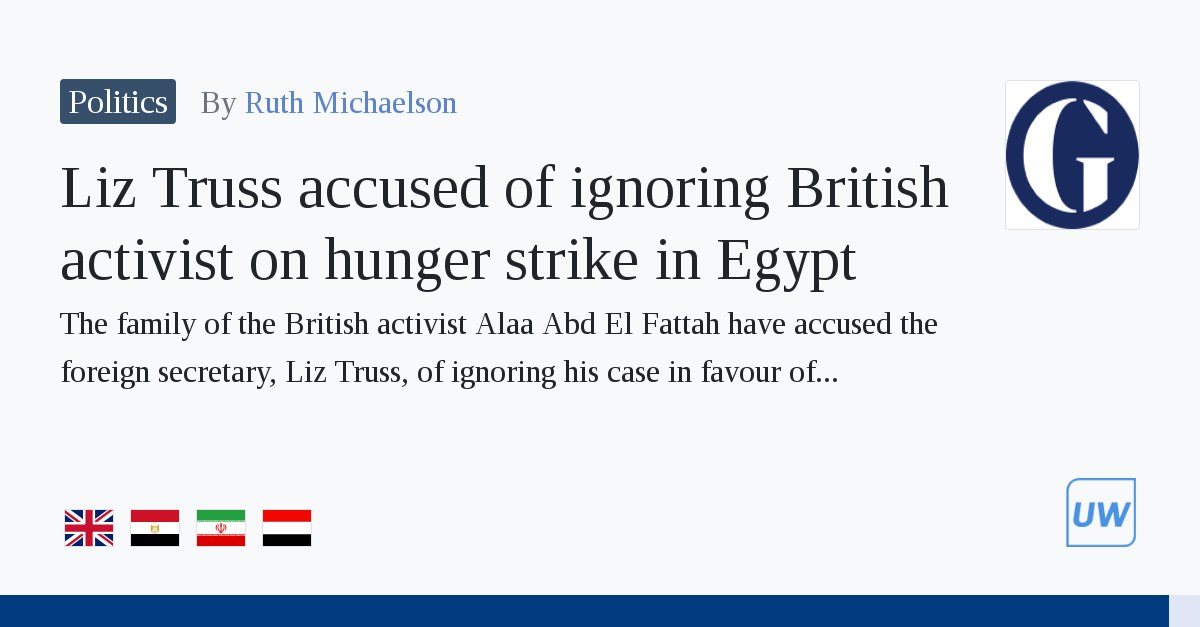 The family of the British activist Alaa Abd El Fattah have accused the foreign secretary, Liz Truss, of ignoring his case in favour of her bid to lead the Conservative party, as he reached his 114th day of a hunger strike inside Egypt’s Wadi El Natrun desert prison.

Abd El Fattah, a figurehead of Egypt’s 2011 uprisings, has spent most of the last decade behind bars and last December was sentenced to a further five years in prison on charges of terrorism and “spreading false news” after sharing a social media post. He gained British citizenship while incarcerated last year, but British officials have since been stonewalled by the Egyptian side when attempting to visit him in prison.

UK to ban travellers from South America and Portugal from Friday