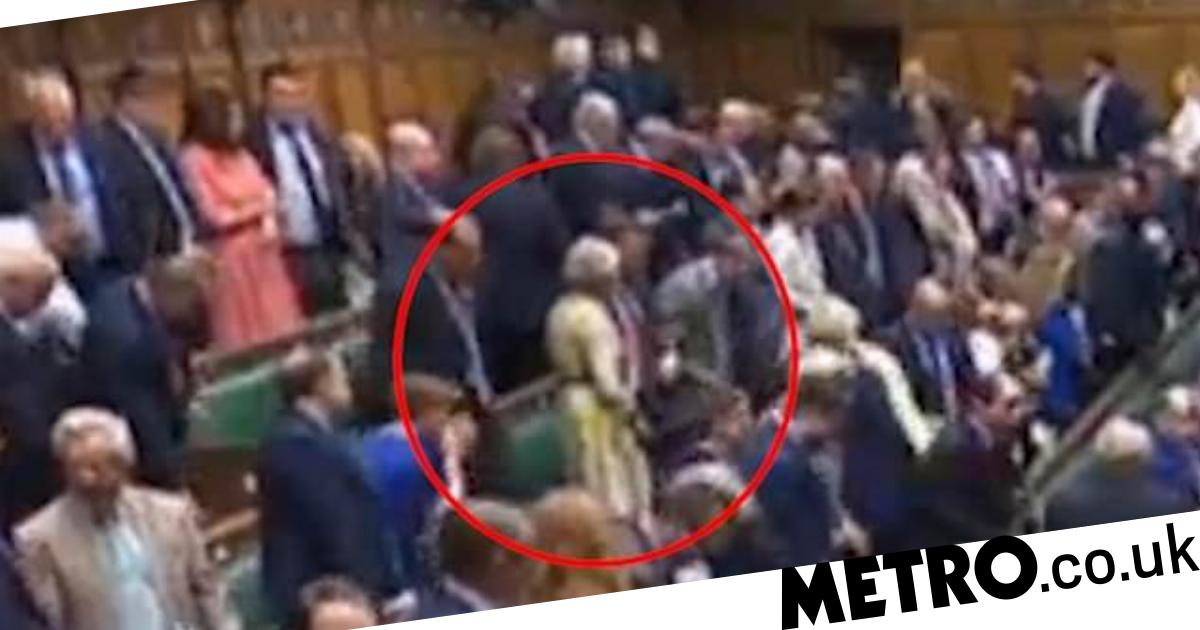 Former prime minister Theresa May
refused to clap for Boris Johnson
during his standing ovation as he exited his final PMQs. May did not join the applause for the outgoing PM after he signed off by saying ‘Hasta la vista, baby’. May and Johnson clashed frequently in recent years, with May a vocal critic of of her successor during the Partygate scandal

Who are the daughters of Vladimir Putin facing US sanctions?