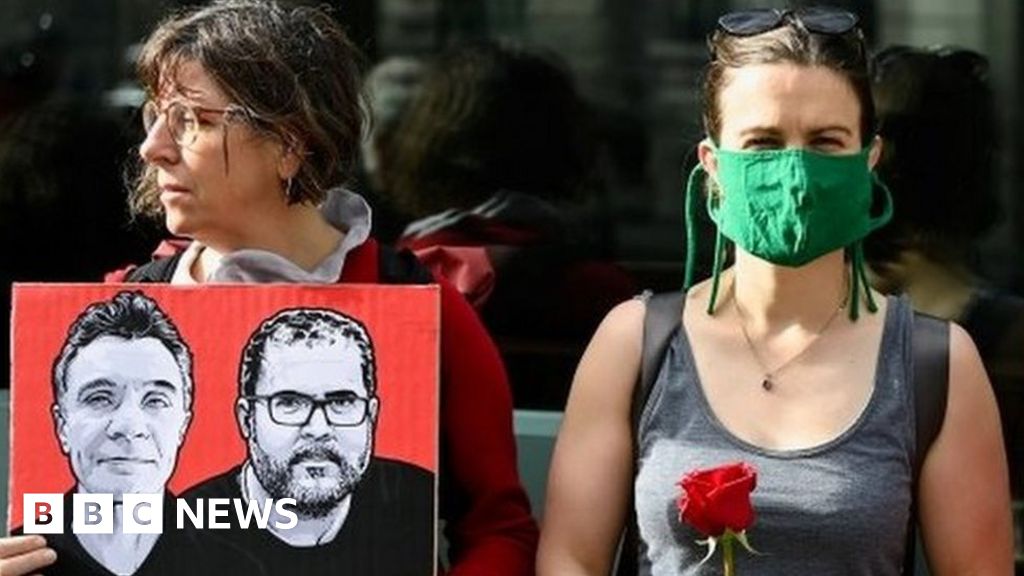 Police investigating the murders of journalist Dom Phillips and Indigenous advocate Bruno Pereira said they have opened a new line of inquiry examining whether the deaths were the result of an ordered killing.

The pair went missing on 5 June in the remote Javari valley region of the Amazon rainforest. They had been due to return to the riverside town of Atalaia do Norte. Their remains were later discovered by investigators after the arrest of three local men involved in illegal fishing operations in the region.

Civil police chief for Atalaia do Norte, Alex Perez, said that investigators had begun pursuing a fresh line of examination seeking to understand whether the murders had been commissioned by someone other than the men in custody.

“Yesterday we started a new line of investigation into the scale of the crime,” Perez told the Guardian. “We have made the first step, and we have heard some very important testimony.”

Perez declined to provide further details but said the investigation had conducted interviews with almost 20 people. The new line was being pursued by both the local civil police and federal police.

On Thursday, Eduardo Fontes, chief of the federal police in the state of Amazonas, also confirmed to Globo about the new line of inquiry.

“It is possible we have someone who ordered the crime,” Fontes said. “The investigation is still going but we are not going to let any investigative line not be pursued.”

Federal police had initially ruled out any higher involvement in the killing shortly after the men were found. Brazilian vice-president Hamilton Mourão, part of the far-right government, said earlier this week that the crime was the result of a drunken ambush – “something that happened in a moment”.

Perez said investigators’ operating theory was still that murders were a “crime of opportunity” related to a personal dispute between Pereira, a former senior agent with Brazil’s Indigenous protection agency Funai, and the three men, but added: “With the continuation of the investigation we could come to a different conclusion.”

Perez said he expected the investigation to continue beyond two weeks and would require more time to reach further conclusions. Five other suspects, believed to have assisted the three men in moving and burying remains, have yet to be arrested.

Local Indigenous representatives and other expert observers allege the murders were commissioned by a criminal organization in the region.

Witnesses have said that Pereira had been threatened by the murder suspects the day before. It is believed they were worried Pereira had evidence of their illegal fishing trips in the area, the vast majority of which is reserved for Indigenous tribes.

On Thursday a protest in Atalaia do Norte drew about 100 Indigenous people from the region. They called for police to expand the investigation and demanded justice for both men.

“In my land the white man comes to impose fear. But we will not be afraid of the white man,” said Waki Mayuruna, an Indigenous leader and member of the Univaja collective. “We will keep defending our land. It’s not just today, this fight for our land is from long ago. We fight until the last Indian is alive.”

Federal investigators had also begun conducting forensic examination of Pereira’s boat, recovered after the suspects reportedly sunk it in the Itaquaí river after the murder.

The Guardian was permitted to enter the examination area where investigators were conducting 3D modelling.

The visit revealed how the suspected murderer’s boat was much smaller and had a substantially more powerful engine, supporting the police’s theory that Phillips and Pereira were ambushed from behind.

Investigators believed to have found a small shotgun pellet hole on the steering wheel of Pereira’s boat.

Tsunami warnings in South Pacific and US west...

Building a Culture of Security: Practical Tips to...