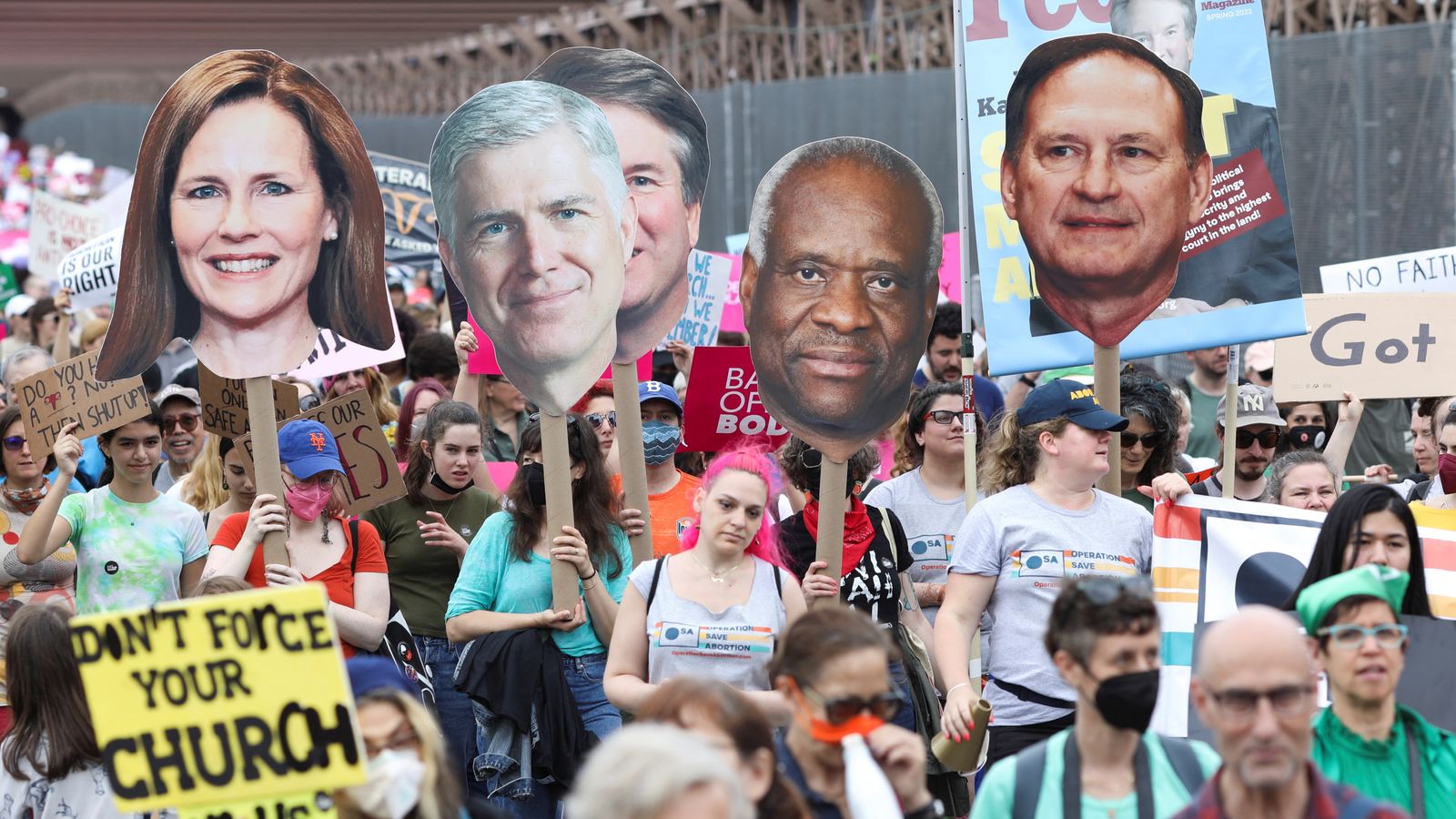 The supreme court has overturned Roe v Wade – here is the dissenting opinion by Justices Breyer, Sotomayor and Kagan

After today, young women will come of age with fewer rights than their mothers and grandmothers had. The majority accomplishes that result without so much as considering how women have relied on the right to choose or what it means to take that right away. The majority’s refusal even to consider the life-altering consequences of reversing Roe and Casey is a stunning indictment of its decision.

One last consideration counsels against the majority’s ruling: the very controversy surrounding Roe and Casey. The majority accuses Casey of acting outside the bounds of the law to quell the conflict over abortion – of imposing an unprincipled “settlement” of the issue in an effort to end “national division”. But that is not what Casey did. As shown above, Casey applied traditional principles of stare decisis – which the majority today ignores – in reaffirming Roe. Casey carefully assessed changed circumstances (none) and reliance interests (profound). It considered every aspect of how Roe’s framework operated. It adhered to the law in its analysis, and it reached the conclusion that the law required. True enough that Casey took notice of the “national controversy” about abortion: the court knew in 1992, as it did in 1973, that abortion was a “divisive issue”. But Casey’s reason for acknowledging public conflict was the exact opposite of what the majority insinuates. Casey addressed the national controversy in order to emphasize how important it was, in that case of all cases, for the Court to stick to the law. Would that today’s majority had done likewise.

“The American people’s belief in the rule of law would be shaken if they lost respect for this Court as an institution that decides important cases based on principle, not ‘social and political pressures.’ There is a special danger that the public will perceive a decision as having been made for unprincipled reasons when the court overrules a controversial ‘watershed’ decision, such as Roe. A decision overruling Roe would be perceived as having been made ‘under fire’ and as a ‘surrender to political pressure.’”

This has been excerpted from the US supreme court’s minority opinion in Dobbs v Jackson Women’s Health Organization. It has been edited to remove some legal citations

Brexit: EU ambassadors told of ‘some limited progress’ in trade talks at meeting with Barnier – live

‘My personal lockdown has been much longer’: on...