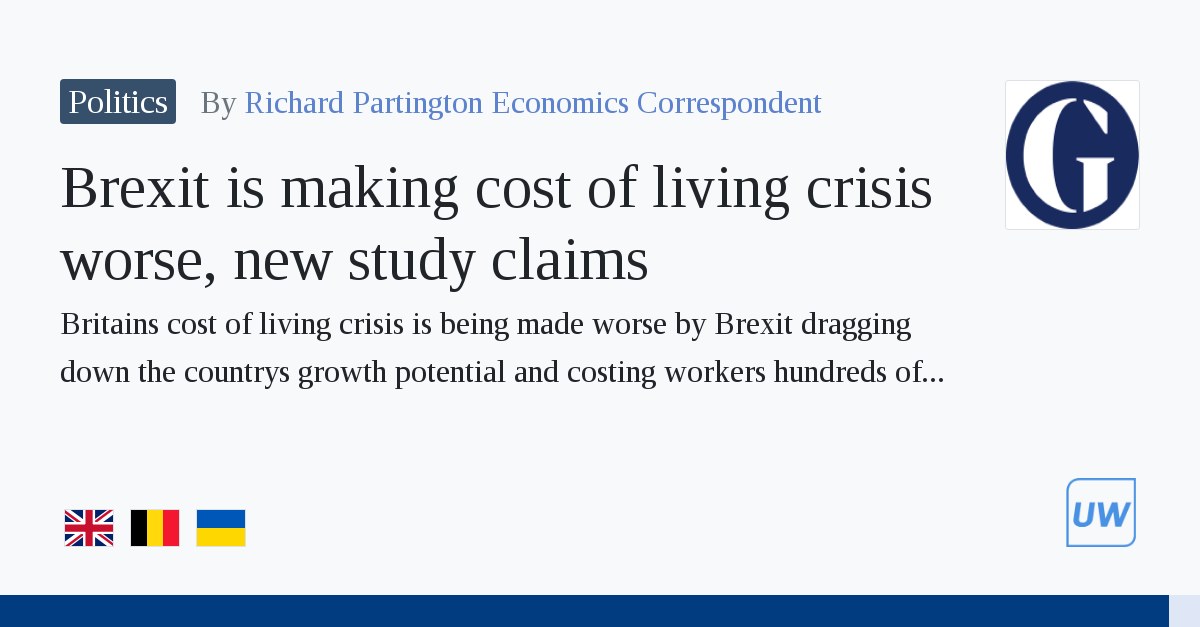 Britain’s cost of living crisis is being made worse by Brexit dragging down the country’s growth potential and costing workers hundreds of pounds a year in lost pay, new research claims.

The Resolution Foundation thinktank and academics from the London School of Economics said the average worker in Britain was now on course to suffer more than £470 in lost pay each year by 2030 after rising living costs are taken into account, compared with a remain vote in 2016.

Russia-Ukraine war: what we know on day 119 of the invasion