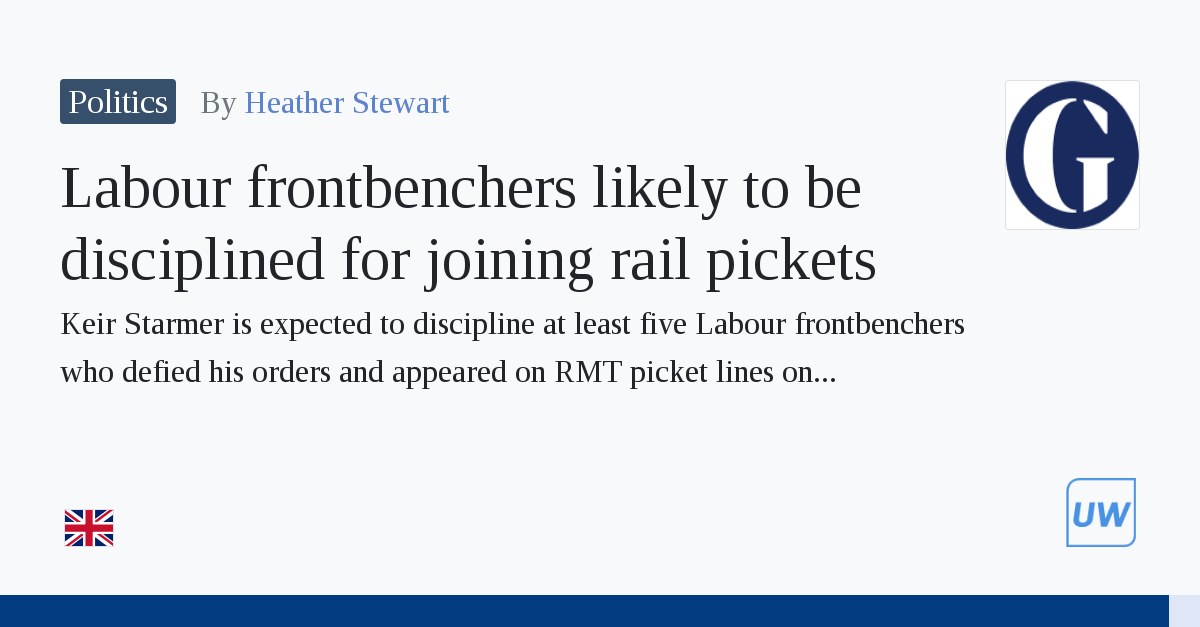 Labour frontbenchers likely to be disciplined for joining rail pickets

Keir Starmer is expected to discipline at least five Labour frontbenchers who defied his orders and appeared on RMT picket lines on Tuesday in solidarity with striking railworkers.

On the first of three days of industrial action, the Labour leader had instructed his team not to appear alongside striking workers, in order to show “leadership”, amid fears of Labour being portrayed by the Tories as responsible for the RMT’s walkout.

Tory MPs suggest sending migrants to UK to the Falklands

Covid can cause ongoing damage to heart, lungs and kidneys, study finds

Boris Johnson and staff pictured with wine in Downing Street garden in...

A Guide to Taking Your Business Global