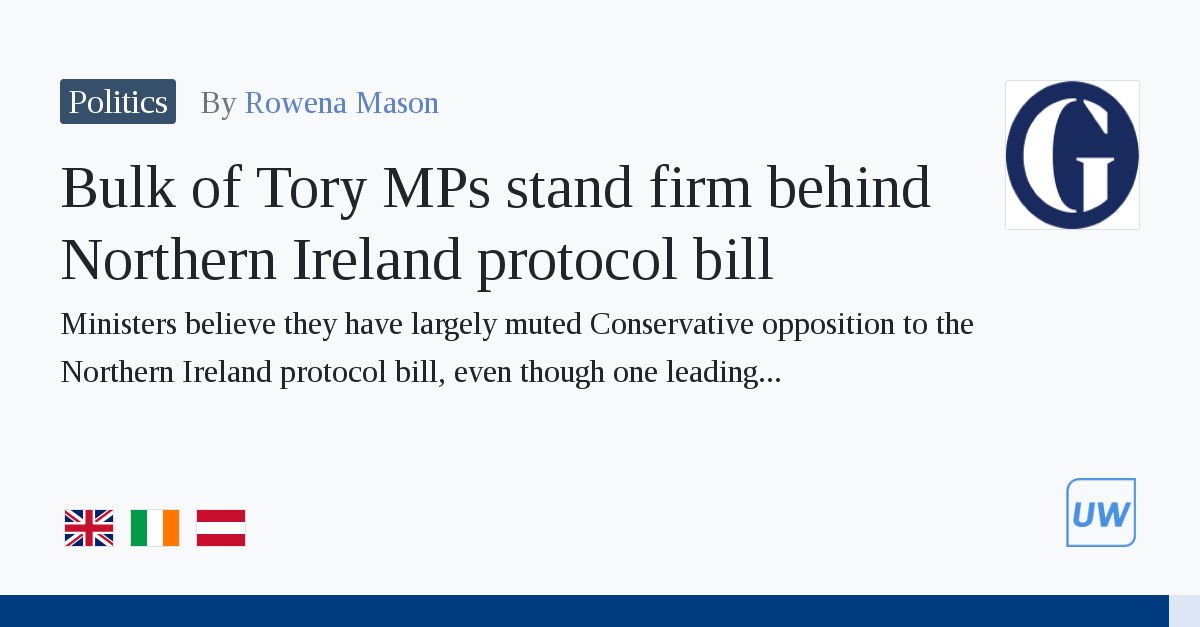 Ministers believe they have largely muted Conservative opposition to the Northern Ireland protocol bill, even though one leading Conservative critic has said no MP should be voting for a breach of international law.

Leading opponents of Boris Johnson held off from publicly rejecting the legislation after it was published, despite the government’s fears beforehand that it would provoke a backlash.

Tory MP who said Covid figures were ‘manipulated’ could be disciplined

Under Armour partners with Emakina & Fluent Commerce to create a new...