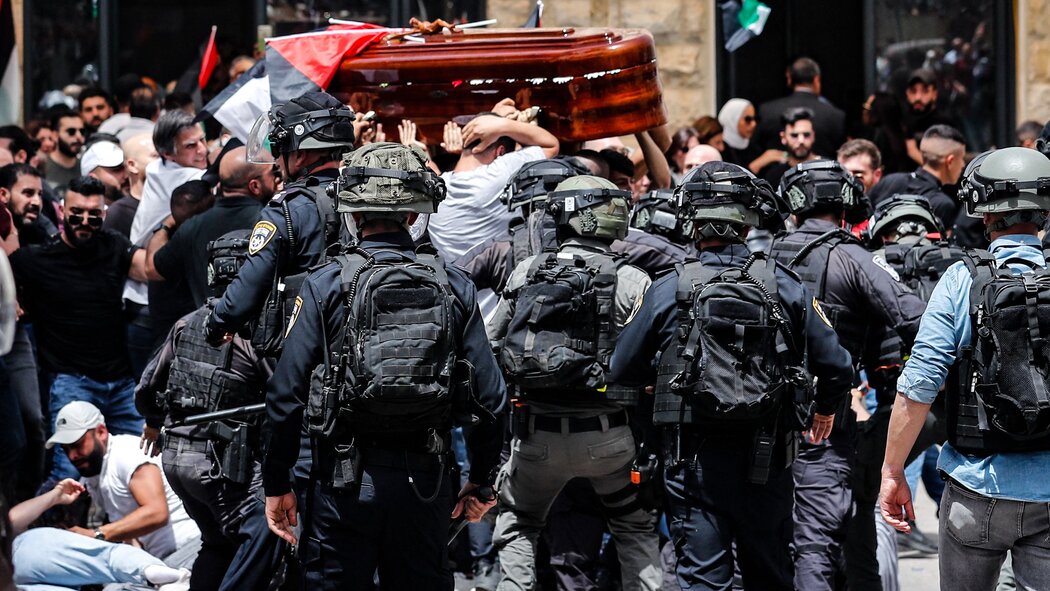 Israeli forces have attacked a funeral procession for a Palestinian American journalist shot dead this week, kicking and hitting people with batons and causing mourners carrying her coffin to lose balance and drop it to the ground.

Police said mourners were “disrupting public order”. Footage showed the coffin of Al Jazeera reporter Shireen Abu Aqleh on mourners’ shoulders outside St Joseph’s hospital in Israeli-annexed East Jerusalem as police rushed in and attacked people, several of whom held Palestinian flags. The sound of a stun grenade could be heard.

Russia’s participation in Winter Paralympic Games on a knife edge