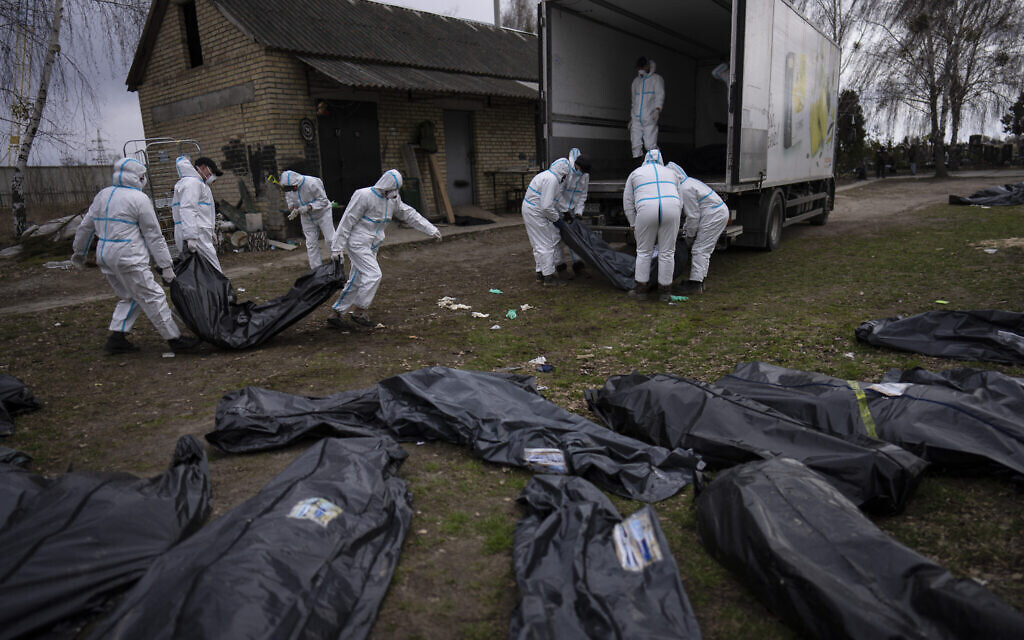 ‘Someone has to do it’: the volunteers exhuming Kyiv region’s dead

Borodianka, Kyiv region – In the woods on a roadside near Borodianka, 40 miles from Kyiv, police were overseeing the exhumation of two men who were executed and buried next to what locals say was a Russian military checkpoint.

Alongside the officers were four men in civilian clothing wearing gardening gloves – ordinary Ukrainians with no previous experience of this gut-wrenching work who have become volunteers collecting the hundreds of bodies still being dug up in towns bordering the capital.