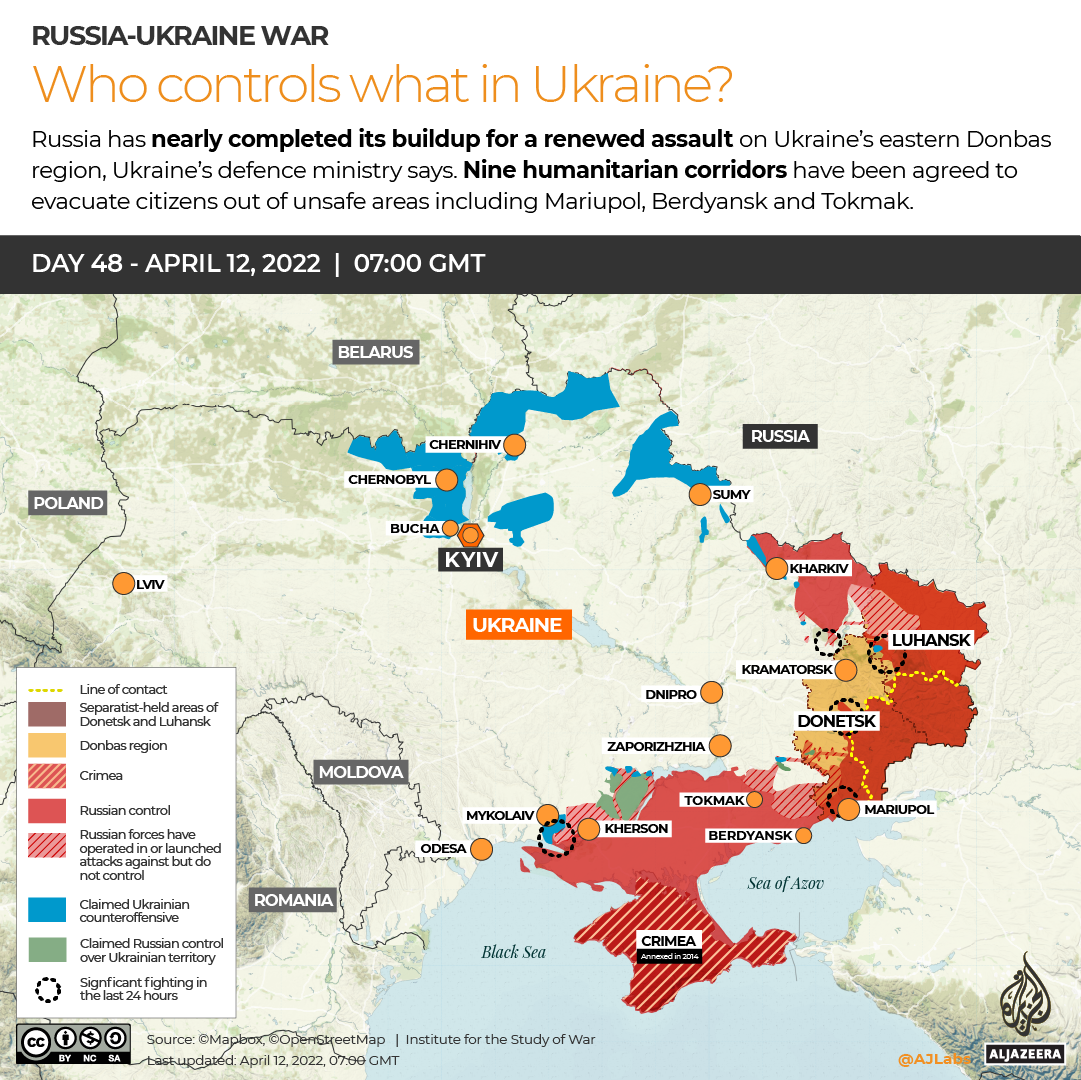 Speaking to Ukrainian national TV, Reuters reports Taras Vysotskiy expressed concern that most of what he said was 1.5m tonnes of grain stored in occupied territory could also be stolen by Russian forces.

Over the past years, the United States and its allies have done nothing to stop the intra-Ukrainian conflict … they ‘pumped up’ the Kyiv regime with weapons, trained and armed the Ukrainian army and nationalist battalions, and generally carried out the military-political development of the territory of Ukraine. They encouraged the aggressive anti-Russian course pursued by the Kyiv authorities.”

Sussexes invited to appear on Buckingham Palace balcony for jubilee

Fate of hundreds of Ukrainian soldiers unclear as...