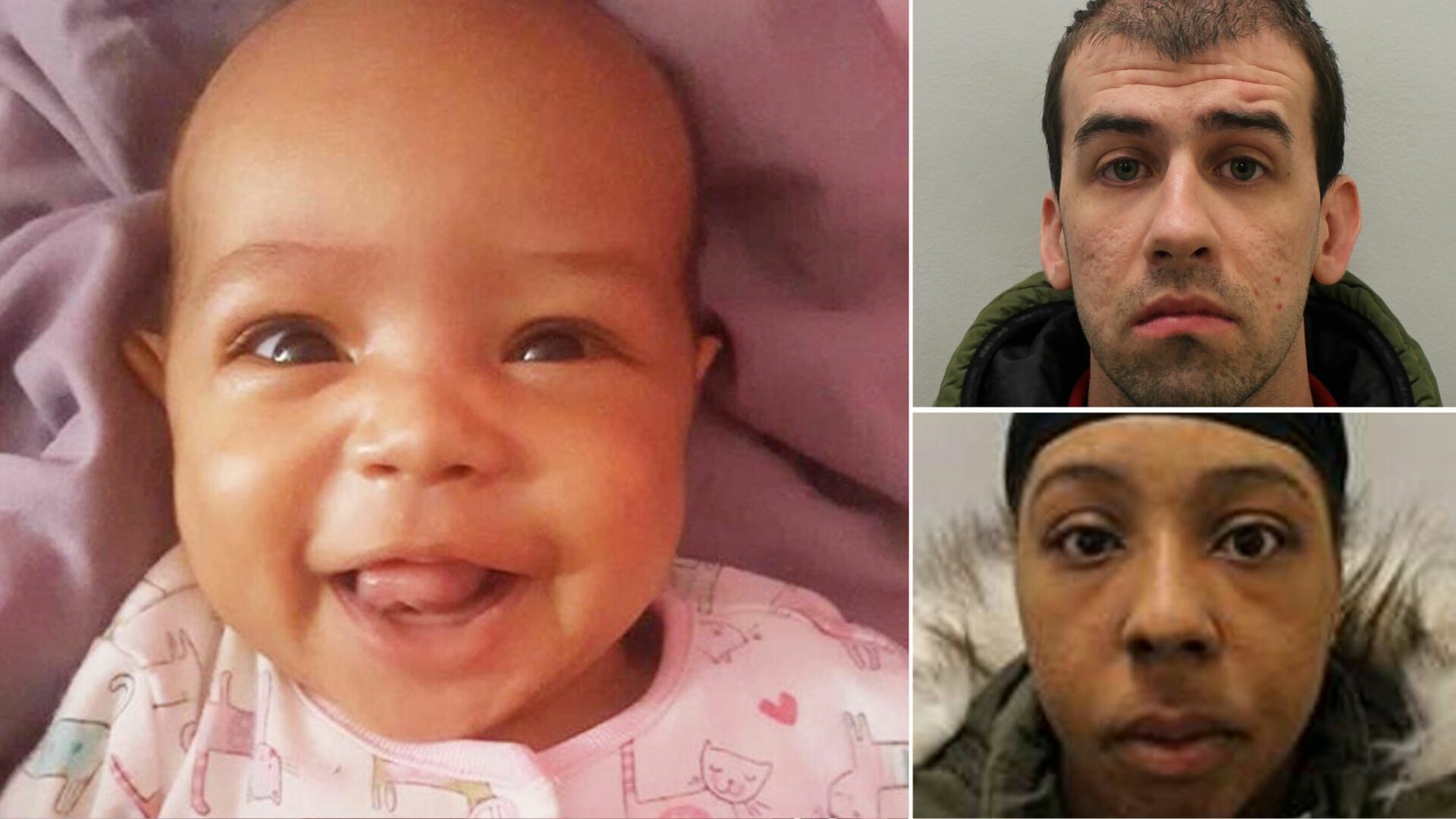 The parents of an eight-week-old baby girl who died with more than 60 broken bones in her body have been jailed after being found guilty by a jury of causing or allowing her to suffer serious physical harm.

During their police interviews, Naomi Johnson, 24, and Benjamin O’Shea, 26, claimed paramedics caused the injuries suffered by their daughter Amina-Faye Johnson, who had 41 fractures to her ribs and 24 fractures to her limbs when she died in April 2019.

Secondhand bong smoke worse than that from tobacco,...