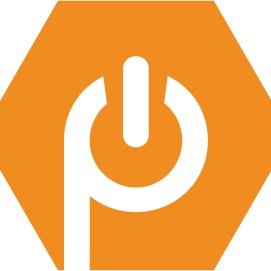 Creators of the fully autonomous building controls platform PassiveLogic have announced that the company has received $16 million in funding.

Leading the Series A round are venture capital funds Keyframe Capital and Addition. Keyframe invests in technology infrastructure innovation and Addition invests in early and growth stage companies around the world.

Other investors include RET Ventures, A/O Proptech, and NREP, representing the commercial real estate
industries in the U.S. and Europe.

The US Department of Energy (DOE) follows the Series A raise with a $1.1M contract to define an industry Digital Twin technology standard for next-generation automation systems. Additional backing for the standard comes from Swiss HVAC component manufacturer Belimo.

PassiveLogic was founded in 2016 by Troy Harvey and Jeremy Fillingim to bring autonomous controls advancements from self-driven vehicles to the larger buildings market, with the vision of democratising the technology so that users can design their own custom autonomous systems, without needing an engineering team.

“PassiveLogic addresses a critical and large market need that has been consistently underserved by existing building automation companies. It has the controls architecture, unique autonomous building technology, and ease of configurability to give building operators the controls they have been promised for years to close those efficiency gaps, at a cost that will work for all building sizes,” says John Rapaport of Keyframe. Capital.

“We’re really excited about what this can mean for building operators, tenants, and regulators at this tipping point of the digitalization of buildings, and to play some small role in helping PassiveLogic follow that vision.”

“There has been a lot of talk about smart buildings in recent years, but when people say ‘smart’ they really just mean connected,” added Co-Founder Troy Harvey Harvey.

“Our Digital Twin technology makes buildings truly intelligent and self-managing, taking them beyond conventional controls or other AI cloud add-ons in the marketplace.”

PassiveLogic’s platform scales to any building or campus, both in new construction and retrofit applications.  Beyond autonomous operation and management, PassiveLogic’s platform paves the way for human-centric architecture, interactive energy networks, utility demand-response, and the future of smart cities.

BI not BS: how businesses are building futures with data analytics

‘Grim beyond belief’: Serco profits to surge as Test and Trace records worst ever week

Women march against Trump and Republicans in major...