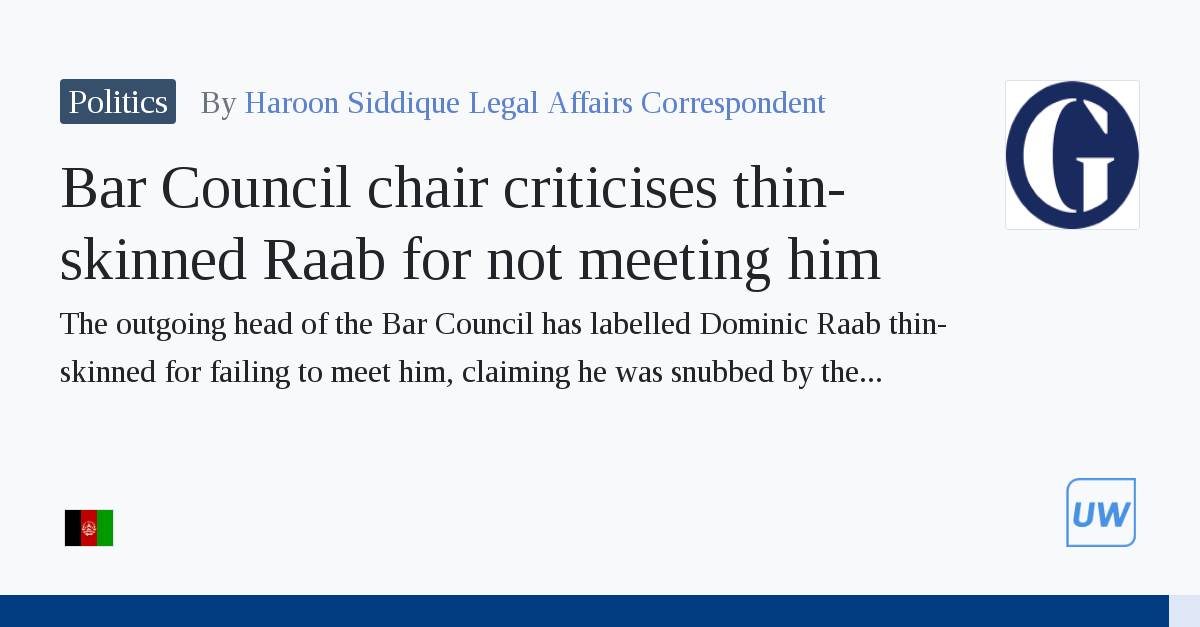 Bar Council chair criticises ‘thin-skinned’ Raab for not meeting him

The outgoing head of the Bar Council has labelled Dominic Raab “thin-skinned” for failing to meet him, claiming he was snubbed by the justice secretary for defending lawyers.

Derek Sweeting QC, whose tenure as chair of the professional body representing more than 16,000 barristers in England and Wales concludes at the end of the year, said he has not had a face-to-face meeting with Raab since the latter was appointed lord chancellor in mid-September.

Top 10 technology and ethics stories of 2021

Lateral flow tests to be ‘constrained’ over next two weeks, warns Sajid Javid

Hundreds of children abused while in care of Lambeth council, inquiry finds

Biden will not supply Ukraine with long-range rockets...