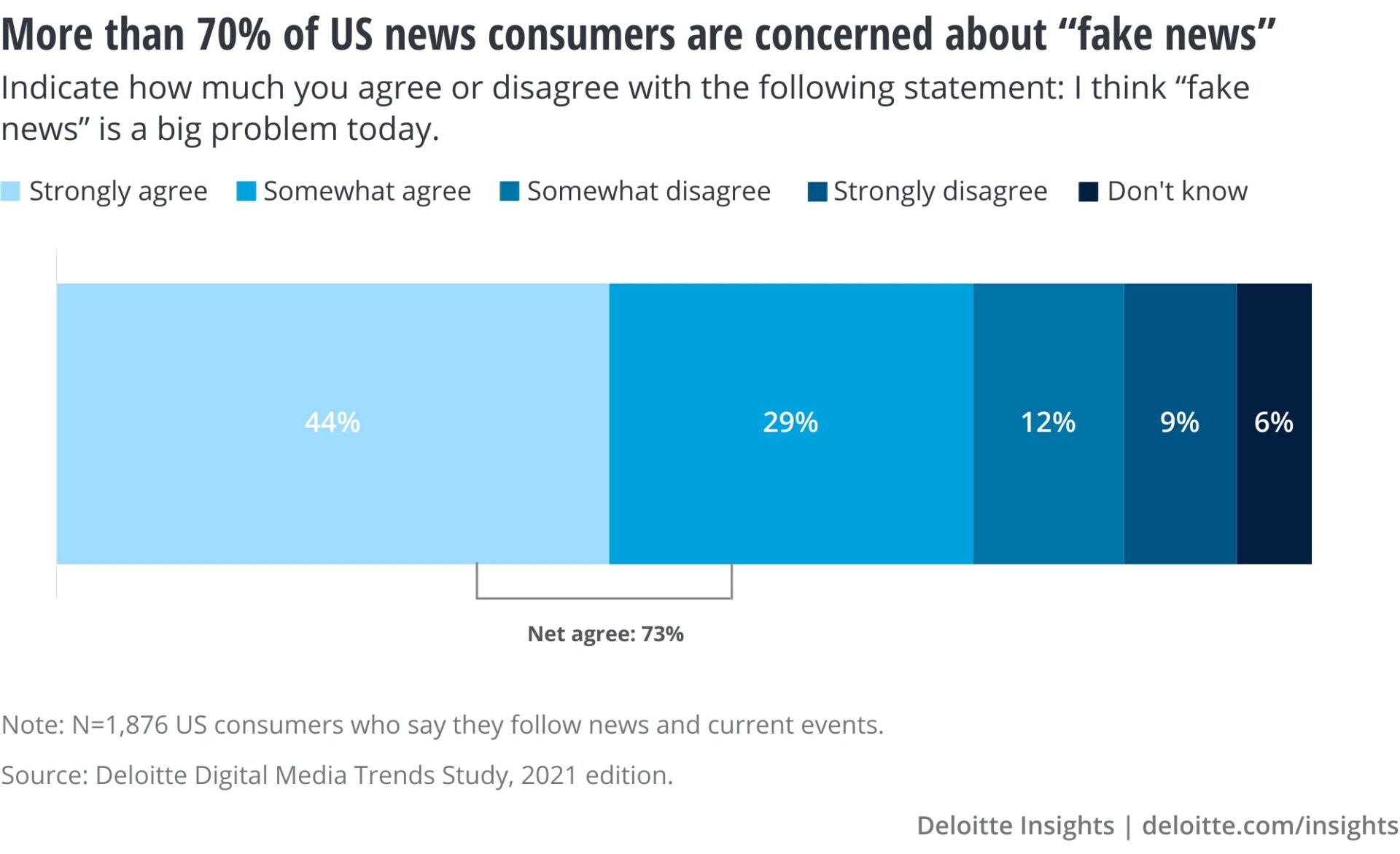 84% of IT professionals believe fake content is a problem

The vast majority (84%) of people working in Information technology and services roles believe that misinformation, fake news or uninformed misrepresentation of facts is a major problem for businesses, according to a global poll of 600 business leaders, conducted by the data-driven thought leadership agency, iResearch Services.

Highlighting accountability issues within the sector, just under half (49%) of those working in the IT industry believe that businesses within the sector are already doing enough to tackle misinformation. But 85% of IT professionals state that the responsibility sits with the leaders of the organisations themselves, as opposed to policymakers, regulators or governments.

Commenting on the findings, Yogesh Shah, CEO of iResearch Services, said: “Evidently, there is a gap in how professionals believe data should be controlled and how data is currently being managed. Our research shows that whilst IT professionals feel compelled to tackle the issue of misinformation, it is a wider issue than just technology and often, beyond their control limits.

“As businesses continue to work in a hybrid fashion with more and more data held in the cloud, there is a risk of misconstrued information being published to the masses. Therefore, I believe the time has come for regulatory measures to be put in place to not only protect businesses, but the IT teams helping to store their important data.”

As part of the same study, iResearch Services also polled 1,000 consumers to understand the viewpoints of the wider public. More than two-thirds of consumers (73%) believe that the sharing of fake or misinterpreted news remains at large and is a serious societal challenge.

In addition, 84% of consumers feel that technology companies hold the responsibility to combat false content, and only 10% of consumers believe it will not be a problem 20 years from now, there is widespread disbelief that tech giants will act to tackle the issue.

“The fact that both consumers and employees are aligned on their thinking that the organisations themselves must be the ones to tackle this issue is important. Western countries have been sharpening their defences by implementing legislation and regulation to provide more protection from fake news and misinformation from being spread,” said Shah.

Shah added: “Social media and big tech firms have a key role to play in reducing the amount of misinformation that is shared online. Once all of these measures are put in place, ethics and compliance will become a growing focus for IT professionals and may shift how technology businesses run their operations.”

For more information or to read the full report, ‘The New Reality: Mitigating the Risks of Misinformation’, please visit: https://www.iresearchservices.com/report/the-new-reality-mitigating-the-risks-of-misinformation.

Snowflake Shapes the Future of Data Science with Python Support