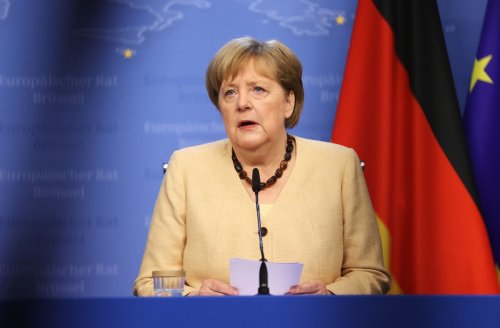 Angela Merkel to bow out with ceremony live on German TV

Angela Merkel will ceremonially bow out of office on with a military tattoo held in her honour on Thursday evening, before she is expected to formally hand over her seat of power to Olaf Scholz in the first half of next week.

Featuring torch-carrying soldiers in full military regalia, precision choreography and three songs of the outgoing chancellor’s own choosing played by a marching band, the event will mark the high point of Merkel’s leaving tour after 16 years of holding office.

Beijing warns China-linked US businesses: you cannot ‘make a fortune in silence’

Teenagers arrested after car with small children inside stolen in Birmingham