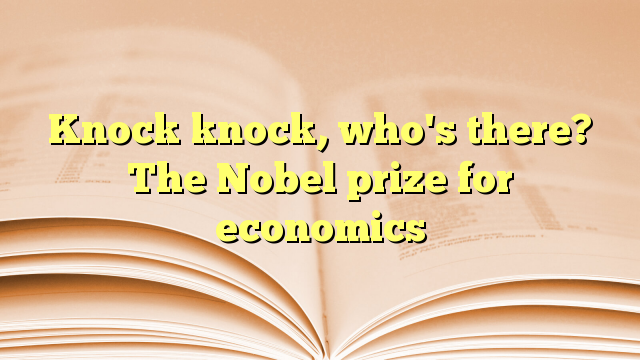 Knock knock, who’s there? The Nobel prize for economics

Paul Milgrom could not be roused in the middle of the night when news broke, so his fellow winner, Bob Wilson, had to go and wake him up

When the Royal Swedish Academy of Sciences announced on Monday that the American economists Paul Milgrom and Bob Wilson had won the Nobel prize for economics, both men were fast asleep in their beds in Stanford, California.

Eventually the committee managed to get hold of Wilson to tell him the news. But Milgrom was asleep and nobody could contact him. So it was up to Wilson – who happens to be Milgrom’s neighbour – to go to the home of his former student in his pyjamas to relate the happy tidings, that he had won the prize worth US$1m.

No Covid testing decision for arrivals before November, UK to announce

Rishi Sunak: UK will not hesitate to add nations to quarantine list

From Amazon and Zoom to your local corner...

UK inflation jumps to 1 per cent as...