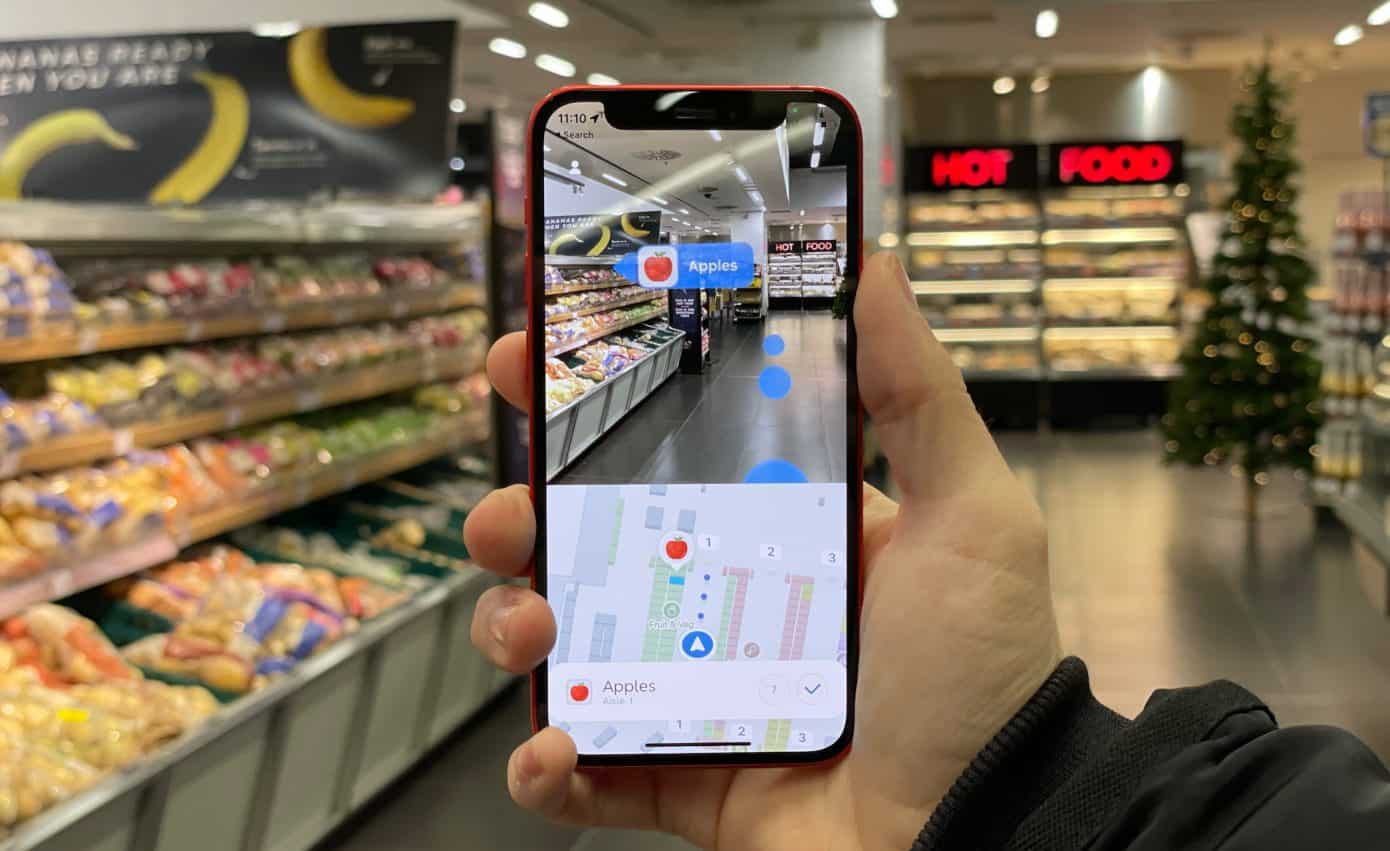 London-based augmented reality (AR) startup Dent Reality has raised £2.5m as the company looks to capitalise on the nascent but much-hyped metaverse.

Dent Reality is targeting the retail sector with its AR application, which uses a smartphone’s camera to overlay information on a real-world environment. Founded in 2019, the company says it’s “building the digital layer for the physical world”.

One use case is displaying real-time directions in a supermarket to a product on the shelves after it’s been selected by the user. The platform can also reorder a shopping list to make the journey through a store more efficient.

The tech, which uses hyper-local mapping, is currently being trialled at British retailer Marks & Spencer’s at its Westfield store in White City, London.

Dent Reality said its technology could also be applied to campuses, airports and museums in addition to retail spaces.

Dent Reality’s seed funding round was led by one of Europe’s most active Proptech VCs, Pi Labs. Silicon Valley-based Sugar Capital, one of the initial Oculus VR backers, 7Percent Ventures, and several notable angel investors also participated in the round.

Dent Reality shows how the metaverse could be useful

Technologies such as AR, virtual reality (VR) and mixed reality (MR) have been around for decades but have had varied success.

Retailers are already using AR to let consumers try on sunglasses and clothes virtually. But arguably the technology’s largest use case so far has been Pokémon GO, the AR mobile game launched in 2016 that lets people catch virtual Pokémon that pop up in real-world locations.

But AR, VR and MR have been given a boost after tech titans – led by Facebook, which recently rebranded to Meta – announced plans to create a metaverse that blends the virtual and physical worlds.

Microsoft and Nvidia have also revealed metaverse plans. However, some remain sceptical that the metaverse will become the next version of the internet, used daily for work and leisure.

Dent Reality’s application gives a glimpse of a practical example of how consumers could one day integrate AR technology into their daily routines.

“Right now, the biggest players in tech are working on building next-generation augmented reality wearables, and we’re building the killer consumer use-cases for this transformative technology,” said Dent Reality co-founder Andrew Hart. “In the future, providing a frictionless digital experience in a physical location will become as essential for every business as having a website is today.”

‘There is a detective element to it’: How Anglia Research can help...