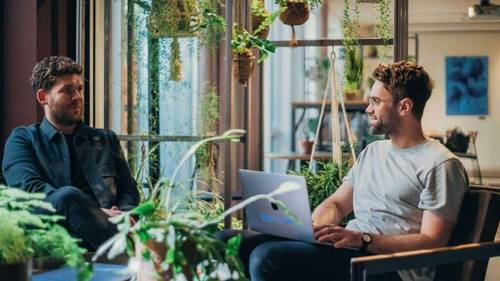 London-based event supplier marketplace Feast It has raised €5m (£3.35m) in a venture funding round, signalling how investors are backing the return to in-person events.

The oversubscribed round was led by Fuel Ventures and supported by Best Nights VC.

Launched in 2017 and dubbed the “Airbnb of events”, Feast It’s platform connects events organisers with suppliers for both physical and virtual events. It aims to grab a slice of the €900bn global events industry.

It comes as the global events industry is gradually restarting after Covid-19 brought it to a halt. The UK’s €95bn events sector looks set to kickstart in 2022 but is likely to encompass virtual, in-person and hybrid events.

In-person events have already been restarting in the UK, which is reflected by Feat It’s recent growth. The company claims to have made €14m in annualised sales in 2021 and saw sales grow by 2300 per cent from January to September this year.

It works with both independent businesses and household names, ranging from the likes of Nobu and Pizza Pilgrims, to one or two-person businesses such as the Netflix-featured florist Flower Station.

Feast It said more than 80,000 people have used its platform since launch. Other new investors in its most recent raise include the investment unit of Mast-Jägermeister SE, Ascension Ventures and MAHR Projects.

Well-known existing investors participating in the round include Tim Score, the Chairman of British Land, and Feast It Chairman Richard Pennycook, previously Chair of The Hut Group and CEO of the Co-op as well as Magnus Rausing, of the Tetra Pak family.

The company has previously been funded by the likes of Sarah Willingham of Dragons Den, along with Guy Berryman of Coldplay.

In January this year Feast It raised £1.7m in a funding round.

Rising to the pandemic challenge

When the physical events industry came to a halt during the pandemic, Feast It pivoted to open new revenue streams for suppliers by facilitating virtual events.

According to co-founder and CEO Digby Vollrath, the events industry has been through a defining moment over the last 18 months, and many people wrote off the return to physical events to bet on a digital future.

“At Feast It, we’re strong believers that the most important moments of your life are created when people come together in person and we can’t wait to be a major part of helping the country get back to what it does best, celebrating,” Vollrath said.

Feast It Chairman Richard Pennycook added: “You can’t underestimate the impact that physical events can have on the overall mental health of the population. Feast It not only ensures that an event’s suppliers will be of a high standard but takes away the perceived stress of organising a major event.”

The post Feast It raises €5m as investors back return to in-person events appeared first on UKTN (UK Tech News).

When is SIEM the right choice over SOAR?

FlixBus expands to 10 new cities in the UK; establishes connections to...