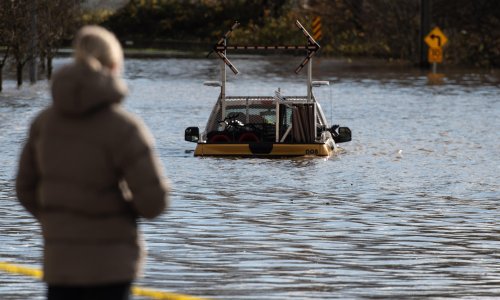 Troops have been deployed in British Columbia to help stranded residents and search areas hit by landslides and floods after a powerful storm dumped a month’s worth of rain in two days across a swath of the Pacific north-west in Canada and the US.

The Canadian government approved a request for federal assistance from the embattled province on Wednesday, the minister of emergency preparedness Bill Blair confirmed.

Britney Spears asks for accountant to replace father as conservator

Channel tragedy: ‘Smugglers tell their clients it’s just a lake – but it’s not’

The Data Lab launches new partnership with the BBC and University of...