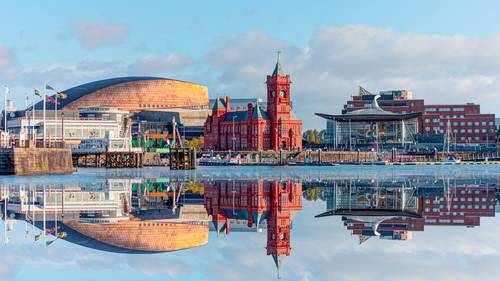 Why is everyone investing in the Welsh tech ecosystem

High growth startups and scaleups are attracting record levels of investment in Wales. Investment into Welsh businesses has been steadily increasing in recent years. Welsh startups and scaleups secured £129m in 2020, which was a record for the country. Beyond high growth companies, a record number of businesses were incorporated in Wales that year – 19,453. This has been revealed in the landmark new report released by Beauhurst, the research platform and sponsored by the Development Bank of Wales, the fifth most active investor in the UK.

The resilience of Welsh businesses during the pandemic was strengthened by the COVID-19 Wales Business Loan Scheme, which saw the Development Bank of Wales delivering £92m in additional loans to Welsh companies.

Giles Thorley, CEO of the Development Bank of Wales, comments, “Welsh entrepreneurs were able to start, grow and scale their businesses during the pandemic to create a record year for Welsh investment. This research shows that Wales has a vibrant startup and tech ecosystem and, in Cardiff, one of the UK’s most exciting tech cities. There is now a critical mass of early stage, fast-growth businesses with diverse founders whose efforts are making Wales the engine room for the next generation of UK startup success stories.”

Henry Whorwood, Head of Research & Consultancy at Beauhurst, comments, “The Welsh entrepreneurial ecosystem punches above its weight in some metrics. Increasing levels of equity investment are an important catalyst for growth across the country and the supply of high-growth, innovative, ambitious and crucially investable businesses is growing. However, there is still untapped potential in Wales: I’d like to see greater levels of activity in West Wales and North Wales.”

UKTN brings you the highlights of the report:

The research suggests that Wales is becoming a springboard for a new generation of high growth companies. Whilst data suggests that the UK is experiencing a steady decline in early-stage funding for startups, the average deal size for Welsh companies in 2020 was £939k. Since 2011, a third (466) of deals have been secured by Welsh companies raising investment for the first time. The comprehensive study of Welsh investment activity between 2011 and 2020 identified 1,215 high growth companies in Wales, which have raised £882m across 1,201 deals over the last ten years.

Technology is the dominant sector for Welsh high growth companies, representing 28 per cent. The country has emerged as a significant hub for software-as-a-service companies, with SaaS startups and scaleups raising £145m since 2011. Technology is closely followed by property and land development and food and drink processors as the most popular sectors in Wales.

69% of Welsh high growth companies in Cardiff or Swansea

Three out of ten high growth companies in Wales are based in Cardiff (363). The next most common location is Swansea (106). Both cities are developing a critical mass of entrepreneurs and investors and are benefitting from successful university spinouts from the University of Cardiff and Swansea University. However, 69 per cent of Welsh high growth companies are based outside of Cardiff or Swansea, suggesting entrepreneurial activity is spreading across the country.

Female founders on the rise

The research also showed that 19.2 per cent of Welsh high growth companies have female founders, and the average age of Welsh entrepreneurs is between 30 and 39. A total of 210 funds have participated in Welsh deals since 2011, with the crowdfunding platforms Seedrs and Crowdcube being the most active.

The post Why is everyone investing in the Welsh tech ecosystem appeared first on UKTN (UK Tech News).

London received quarter of all European tech funding in 2020

Over 1m homes in England with planning permission...