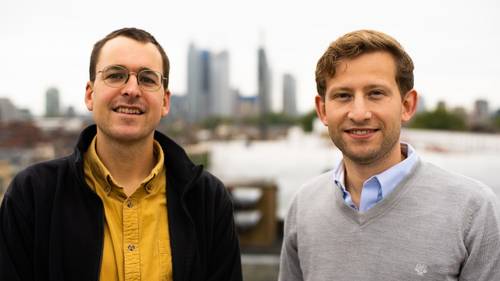 London-based Lindus Health works with the mission to enable the next generation of healthcare. Now, the company has announced that it has announced a $5 million (nearly £3.7 million) in a seed funding round.

The proceeds of this round will be used to scale the Lindus Health team. They are building the world’s first full stack clinical trial platform, to conduct faster, safer clinical trials, improving health outcomes for everyone.

Commenting Meri Beckwith (co-founder) said: “Traditional clinical research companies are dinosaurs. Taking part in a COVID vaccine trial was like stepping into a time machine. This was one of the best funded trials in history but research was done on pen and paper and participants had to go into hospital at the height of the pandemic to fill out forms. We founded Lindus Health to make it easier for patients to participate in research, and accelerate the development of new treatments.”

Commenting Michael Young (co-founder) said: “During my time in government I heard time and time again that the way clinical trials are conducted is broken. This means that patients are missing out on lifesaving treatments. To fix this requires a totally new business model for clinical trials. So we founded Lindus Health to do just that and to enable the next generation of healthcare companies.

Commenting, Lindus Health advisor, Tamsin Berry (Population Health Partners and formerly Director of the UK Office for Life Sciences) said: “The cost of conducting clinical trials has ballooned over the last decade. This stifles innovation and means fewer new treatments for patients. Lindus Health is tackling the root causes of this, reimagining how trials are conducted from first principles. This has the capacity to revolutionise drug development.”

Makes healthcare accessible to everyone

Lindus Health was founded in March 2021 by Michael Young and Meri Beckwith. Michael and Meri both saw the huge problems healthcare companies had conducting clinical research, and trials with endemic delays and astronomical costs. Lindus Health is focused on working with start-ups and growth companies to deliver trials better, faster, and cheaper. They do this using an innovative business model, centralising delivery to allow efficiency gains, while leveraging technology to bring research into the 21st century.