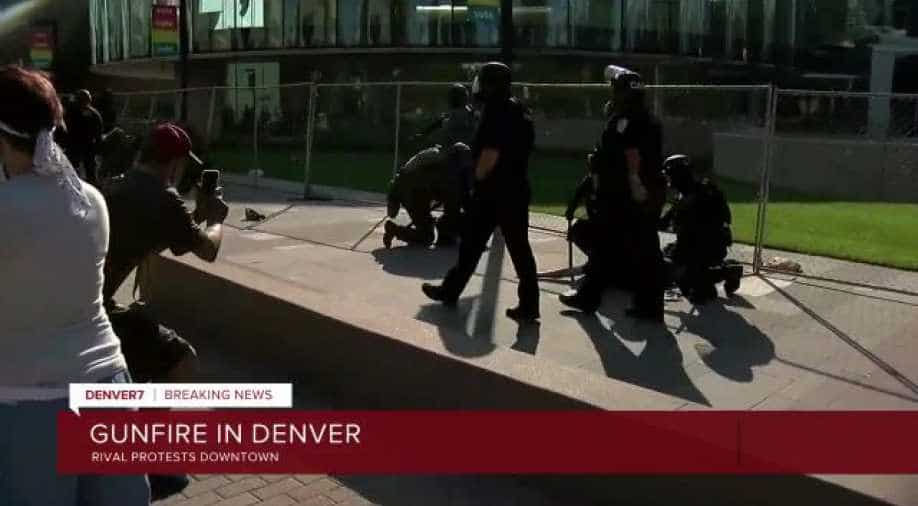 A man has been shot dead during rival protests by leftwing and rightwing groups in the US city of Denver.

Police arrested a suspect who NBC News affiliate, KUSA-TV, said was working as a security guard to protect the station’s crew, according to its website.

NHS Covid disruption could cause tens of thousands of deaths, MPs warn