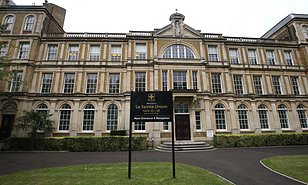 A woman, 24, and a man, 41, were arrested on suspicion of possession of cannabis and child neglect

Two people have been arrested over an incident where 17 children at a north London school were taken to hospital after eating sweets thought to contain an active substance in cannabis.

Police were called by the London ambulance service at about 11.45am on Monday to La Sainte Union Catholic school in Highgate. As a precaution 17 pupils from the girls’ secondary were taken to hospital.

Eurostar will not stop at stations in Kent until 2022

Eat Out to Help Out: Restaurants serve up...