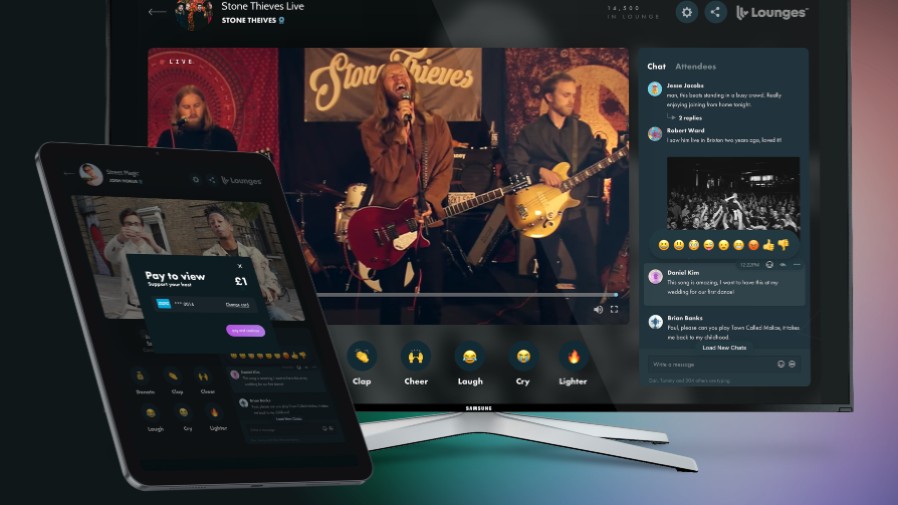 London-based entertainment startup Lounges.tv is a pay-per-view live streaming platform that promises to pay content creators 80 percent of stream revenue. Now, the company has smashed its crowdfunding target of £950K within 48 hours of launch.

Currently live via Crowdcube, the Lounges.tv crowdfunding campaign will officially close by 20 October, 2021, where investors will be awarded a collective equity stake in the business.

The early success of its crowdfunding campaign reflects the growth of the streaming industry, which is estimated to accelerate to $247 billion by 2027. Also, it shows the demand for this industry change as meagre returns are received by the majority artists from streaming giants. With this round, Lounges.tv boasts a pre-money valuation of £7.9 million.

Scott Green confirmed: “Lounges.tv not only provides a platform for these people to showcase their talent across many popular areas such as Music, Comedy, Education, Cooking and Well-being but also ensures they are fairly rewarded, while providing a new exciting and interactive streaming platform for audiences to enjoy.”

Remi Abayomi added: “I specialise in broadcasting and online streaming and held executive positions for the likes of MTV, Nickelodeon, Fox Kids and A&E Networks. There has been a big entertainment shift already and now the viewer has full control of when and where they digest content. The next step in the evolution of broadcasting is for audiences to take control of who they watch, who gets the platform and who gets their support. I am most excited to see how Lounges.tv will shape the future of the entertainment space.”

Created to disrupt conventional streaming models based on advertising share, Lounges.tv provides creators with the tools they need to showcase their talent and connect with new audiences who are prepared to pay for quality, entertaining content.

Founded by tech entrepreneur, Scott Green, and led by a proven advisory board, including founder of LoveFilm and creator of BBC iPlayer, Ben Lavendar, together with broadcasting specialist, Remi Abayomi, Lounges.tv will pay all creators 80 percent of stream revenue within 24 hours. Eventually, millions of unheard individuals worldwide can now generate a viable income by showcasing their talent online.

Lounges.tv is slated to be launched in early 2022 with the best in breed technology. Already, thousands of Creators have pre-registered to stream content via the platform.

All people with learning disabilities will be invited for Covid vaccines, says...

Calls for national lockdown in England to curb...