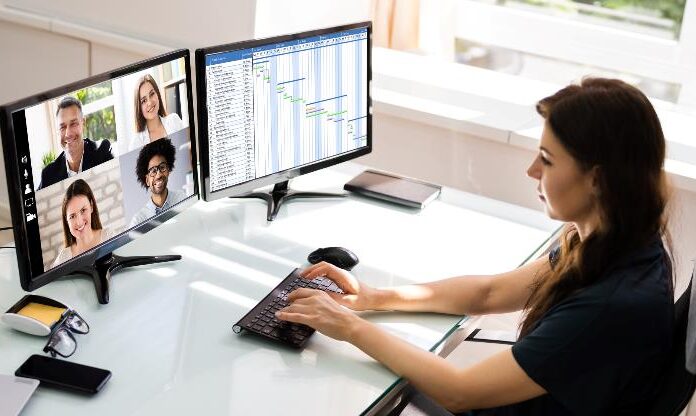 More than eight in 10 (83%) UK businesses say hybrid working increases the risk of a data breach, yet over a fifth (22%) remain unprepared if it happens, ­­with speed of response the top concern.

According to new research published within TransUnion’s Data Breach Support for Businesses ebook, business leaders expect 43% of their workforce to be hybrid working in the coming year, splitting their time between the office and remote working. Yet this change to working practices means a far greater potential for devices and data to end up in the wrong hands.

Hybrid working is currently seen as the top data breach threat, identified by almost a quarter (23%) of business leaders. This is because workers are now regularly switching between secure office environments and vulnerable home networks, and handling sensitive information on either public or unsecured private networks. As a result, the risk has increased for both accidental and malicious data breaches.

Kelli Fielding, managing director of consumer interactive at TransUnion in the UK, said. “In the last year, we’ve seen leading companies around the world experience very public data breaches. Each instance has the potential to put customers at huge risk and damage their trust with the organisation responsible. Businesses that suffered a data breach highlight costs such as the expense of investigating the incident (37%) and compensating customers (28%) as the most common problems following a breach.

“But the long-term loss of consumer trust can be just as challenging as the immediate cost – three in 10 businesses say a data breach damaged their reputation, while 19% lost customers as a direct consequence. By offering the right tools in the wake of an incident, businesses can give their customers the ability to detect signs of identity theft, minimising the chance of financial loss and protecting those whose data has been compromised.”

Concerns about data security are well founded. Almost all UK businesses (94%) saw an attempted phishing incident in the past 12 months, with nearly three quarters (74%) receiving more phishing attempts than they did in the previous year.

Since the General Data Protection Regulation (GDPR) was introduced in May 2018, more than 32,000 data breaches have been reported to the UK’s Information Commissioner’s Office (ICO), with fines worth £90m issued to UK businesses.[i]  This year alone, more than one in four (26%) UK businesses report that they have experienced a data breach.

Mark Read, senior account director of data breach support services at TransUnion in the UK, said: “The good news is that CEOs and business leaders across the UK are more engaged than ever on the topic of cyber security but many organisations are still underprepared. Having a robust incident response plan in place, including third party support, will enable prompt action and really help to limit how much damage a data breach does to your organisation.

“Our TrueIdentity solution helps businesses retain trust by giving consumers access to credit information alerts and dark web monitoring, to help them spot potentially fraudulent activity and safeguard their identity in the event of a data breach.”

To help businesses minimise the risk that comes with a data breach and build trust with consumers, organisations can download TransUnion’s free new ebook: Data Breach Support for Businesses.

The post UK Businesses Fear Increased Risk of Data Breach as a Result of Hybrid Working appeared first on .

Why a Common Data Classification Standard is an imperative for NATO

Smart Cities: Nothing New Under the Sun, Says IDTechEx

Colt set to connect to Cboe Europe Derivatives from day one