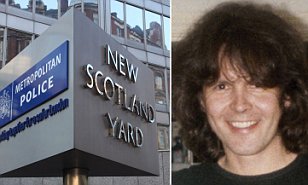 Force pays confidential sum to man who discovered at the age of 26 that his father, Bob Lambert, was a police officer rather than a leftwing activist

Scotland Yard has apologised and paid substantial compensation to a man who was fathered by an undercover police officer who formed a long-term relationship with his mother in the 1980s in order to spy on political campaigners.

The Metropolitan police has been compelled to pay the confidential sum after the man said in a lawsuit that he suffered psychiatric damage after discovering, at the age of 26, that his father was not the committed leftwing protester he had been led to believe.

Antstream does for video gaming what Netflix did for movies and TV...

Ministers accused of putting lives at risk with...