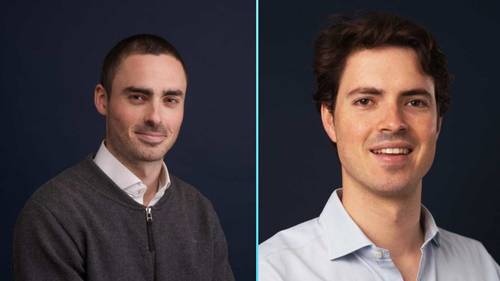 In 2020, the vast ecosystem of six million sellers worldwide on Amazon generated over $300 billion in sales, which was a 50 per cent year-over-year growth. It continued in the first quarter of 2021 reaching 61 per cent growth, thereby making it the 42nd largest economy in the world. Even the firms acquiring successful brands on Amazon have gained around $7 billion in capital over the past twelve months. Of these, almost 3,000 sellers in the UK have hit $1 million in turnover.

As more than half, nearly 53 per cent of product searches are on Amazon, compared to 23 per cent on search engines, there is a huge opportunity to scale e-commerce businesses across global marketplaces. One company involved in this industry is London-based Olsam Group, which buys and scales category leading e-commerce businesses.

In a recent development, Olsam has successfully raised $165 million (nearly £120 million) in a Series A equity and debt round. Touted to be the third largest Series A round in the UK, this investment round was led by Christian Angermayer’s Apeiron Investment Group and Elevat3 Capital, which counts Peter Thiel’s Founders Fund as a strategic partner.

Besides the equity funding, the debt financing round was led by leading European special situations investor North Wall Capital, from the firm’s dedicated e-commerce lending strategy. Stanhope Capital advised Olsam on the transaction.

Olsam will use the funds to rapidly acquire larger brands from global entrepreneurs seeking a reliable buyer with deep operational expertise for their companies. Also, ths investment will be used to expand the its operations team across its core markets and continue investing in its proprietary operating tech platform. Furthermore, Olsam will deepen its brand IP and patent protection across multiple geographies, including China.

Sam Horbye, Co-founder of Olsam and former Business Marketplace Manager at Amazon UK, said: “We’re in the midst of a retail revolution. We feel the Amazon marketplace platform has democratised the playing field of online retail. Small ‘mom and pop’ business owners are taking on the traditional consumer goods giants (Unilever/Procter & Gamble), building defensible category leading brands which in terms of customer reviews, tower above them! Olsam is acquiring and growing the best of these, whilst putting the well-being and ongoing success of its firms at the core of its objectives.”

Ollie Horbye, Co-founder of Olsam, said: “Olsam is thinking far bigger than purely buying brands. Leveraging our own experience as Sellers, we’re using this capital to continue to invest in our operating platform and advance our existing brands, by tracking millions of real time data points on the marketplace. Our platform will allow us to drive continual omni-channel expansion growth into new ecommerce marketplaces like Walmart as well as via social commerce through Instagram, Facebook and TikTok. We’re really only at the beginning.”

Christian Angermayer, Founder of Apeiron Investment Group and Elevat3 Capital, said: “The senior team behind Olsam is what makes this business truly unique, having all been successful in building and selling their own brands within the market and having worked for Amazon in their marketplace team – their understanding of this space is exceptional. “

Fabian Chrobog, Founder and Chief Investment Officer at North Wall Capital said: “We are delighted to be supporting the team at Olsam and we’re particularly pleased that they took advantage of our offer to link their cost of capital to ESG compliance. Our firm sees tremendous growth potential in lending to European e-commerce businesses as retail sales continue to transition online, and today’s investment is funded from North Wall’s dedicated strategy focused on this industry.”

Nigel Spray, Head of Merchant Banking at Stanhope Capital said: “We are pleased to have advised the Olsam team on their financing to accelerate their growth. The transaction sets the path for the next generation of e-commerce players where technology and scale will have an even more important role in the future.”

Heads up on Olsam

Founded by Ollie Horbye and Sam Horbye an ex-Amazon marketplace team, Olsam is the only operator in the space where the leadership team have started, scaled, and sold multiple Fulfilled by Amazon (FBA) brands. The company manages FBA brands including some of the largest sellers in the UK and the EU in a time of challenging macro headwinds, notably Brexit and container shortages.

It lets sellers structure deals that work for them, exiting the business entirely with a lump sum cash payment or staying on for a period to share in the upside together.

Its deep operational expertise sets Olsam apart from its competition in the Amazon marketplace space. Also, the team has been part of Amazon’s early operations teams supporting the roll out of Seller Fulfilled Prime, Pan EU FBA and Amazon Business (B2B marketplace).