UK distances itself from ‘laughable and unhelpful’… 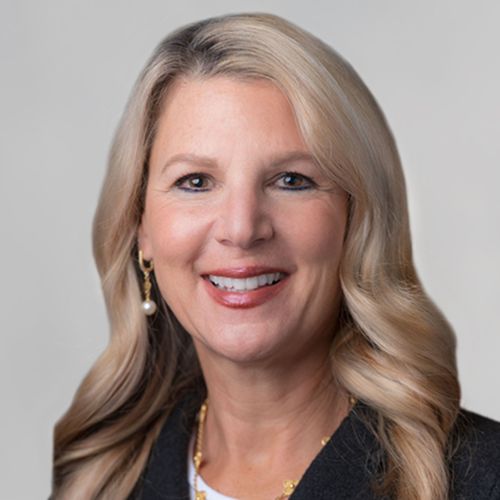 The announcement from Mattel, the makers of ‘Barbie’, that they have recently launched ‘Vaccinologist Barbie’ modelled in the likeness of Prof Dame Sarah Gilbert, co-creator of the world’s most distributed Covid-19 vaccine, AstraZeneca, stirred STEM followers to consider the massive strides that the Barbie doll persona has undergone in six decades. An influential and formative part of girls’ play times across the world, many of the most popular original Barbies were accompanied with stereotyped female-facing job roles –such as Cabin Crew Barbie or Secretary Barbie. In reality, Barbie has had over 200 careers since the Teenage Fashion Model launched in 1959. After the first glamourous teen doll launch, the makers quickly developed new Barbie designs that were synonymous with aspirational ambitions of the day. In the 1960s, Astronaut Barbie arrived four years before man stepped on the moon. In the 1980s, she became a CEO with Day to Night Barbie at a time when few women held places in the boardroom, and in the 1990’s she ran as Presidential Candidate Barbie before female candidates had ever made it to the US ballot. While we are yet to see a female US President, Barbie’s career choices certainly seem to be forerunners in shaping the changing the workplace.

So, what of her STEM ambitions? While Barbie already held a career as a Computer Engineer as voted by an online poll in 2010, it wasn’t until very recently that successful STEM aspirational models have made regular appearances into the range. The latest dolls are modelled on female trailblazers who have used their STEM skills to solve some of the world’s most pressing problems. Mattel states that it hopes that introduction of their Dame Sarah Gilbert doll will inspire little girls to pursue careers they had previously never heard of, with Gilbert herself noting, “I’m passionate about inspiring the next generation of girls into STEM careers and hope that children who see my Barbie will realise how vital careers in science are to help the world around us.”¹

But does the creation of a doll in the likeness of Gilbert – and in fact of five other women working in STEM areas (one of which created a reusable gown for frontline Covid-19 staff) – really set the scene to encourage more girls to take STEM subjects and careers at advanced levels? To understand the likely impact of the new dolls, you first have to acknowledge the extraordinary accomplishment of Gilbert herself, who, within the space of two weeks, led the team that designed the vaccine producing 2 billion vaccines worldwide in 2021 alone. The impact of the vaccine, and Dame Sarah, will be forever etched in history, in the same way that children learn of Marie Curie’s advances in finding treatments to cancer. While it has to be applauded that Mattel have recognised Dame Sarah’s contribution in helping to bring an end to the pandemic, it appears from former Barbie doll launches that the ripple effect takes around ten years before the inspired vaccinologists of tomorrow will take off for UK universities.

However, the future is encouraging for the latest female STEM intake cohort into UK universities as more girls have selected STEM subjects at Advanced levels. Between 2011 and 2020, the number of women accepted onto full-time STEM undergraduate courses increased by 50.1%, taking females proportionally to 41.4% of STEM undergraduates. Perhaps playing with Computer Engineer Barbie or Robotics Engineer Barbie in the twenty tens decade was an influencing sub conscious forerunner for their final university choices?

In the specialist field of vaccinology, over ten women globally – including Gilbert – are also noted as being instrumental in the progress we see today fighting Covid-19. Often, they are successfully combining careers with motherhood and that’s also important if we are to move away from the motherhood vs career conundrum. It’s heavily documented that Dame Sarah is a mother of triplets who themselves participated in trials.

So just as Surgeon Barbie paved the way as one of the first female consultants in the operating theatre in the 70’s, we need to continue the encouragement of increased diversity in the workplace. And that message starts at pre-school play. STEM females and Barbies are proud and proven to be solving the most pressing issues of the day.

Jennifer Deutsch is the CMO and STEM Lead at Park Place Technologies, a committed STEM employer and advocate organization. Park Place partners with IWIsh in Ireland to advance STEM efforts in that country through internships, laptop donations and a twin schools program.

The post STEM Careers – Why More Still Needs to Be Done despite the launch of Vaccinologist Barbie appeared first on .

Boris Johnson’s West Country visit not a holiday, No 10 says

Job vacancies are on the rise but the economy still needs its...