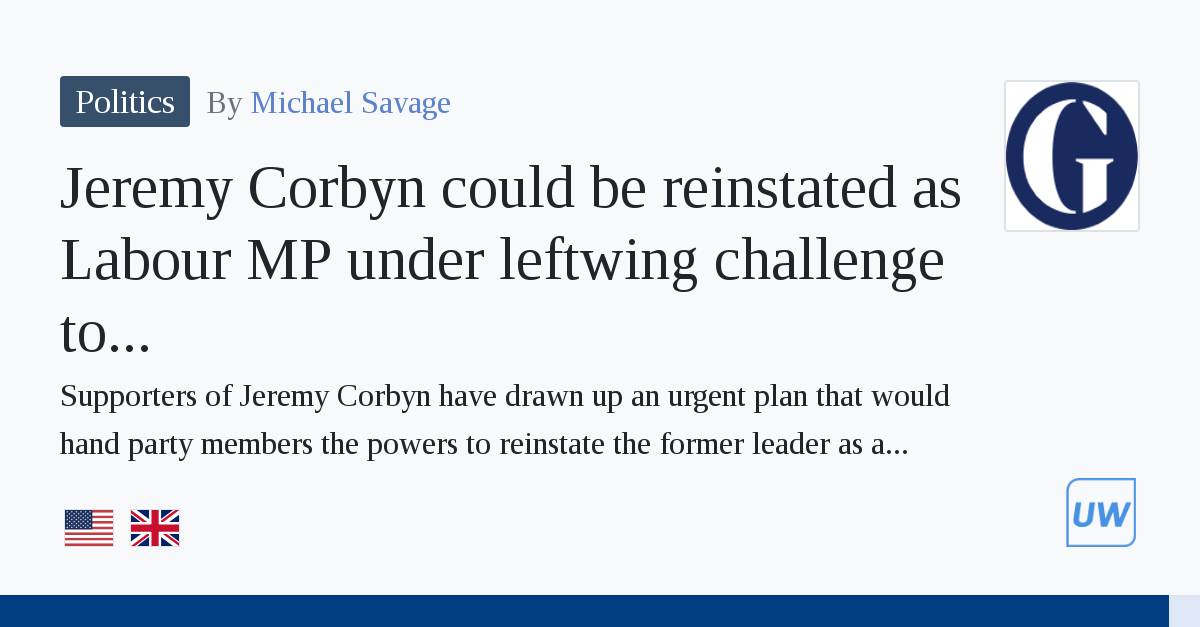 Supporters of Jeremy Corbyn have drawn up an “urgent” plan that would hand party members the powers to reinstate the former leader as a Labour MP.

In a sign of the tensions within the party over Corbyn’s suspension, figures on the left are circulating a change to Labour rules that would give members the final say over disciplinary action taken against MPs.

‘They took our clothes’: Ukrainians returning to looted homes