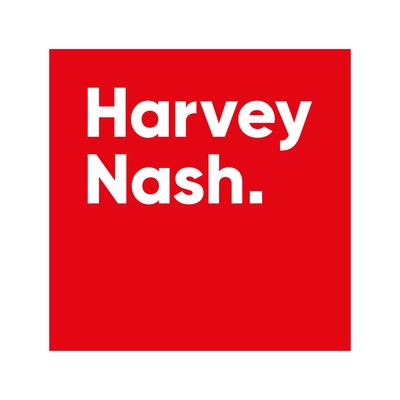 Companies spent the equivalent of around US$15bn[1] extra a week on technology to enable safe and secure home working during COVID-19, reveals the 2020 Harvey Nash/KPMG CIO Survey. This was one of the biggest surges in technology investment in history – with the world’s IT leaders spending more than their annual budget rise[2] in just three months, as the global crisis hit, and lockdowns began to be enforced.

The largest technology leadership survey in the world of over 4,200 IT leaders, analyzing responses from organizations with a combined technology spend of over US$250bn, also found that despite this huge surge of spending, and security & privacy being the top investment during COVID-19, 4 in 10 IT leaders report that their company has experienced more cyber attacks. Over three quarters of these attacks were from phishing (83%), and almost two thirds from malware (62%) suggesting that the massive move to home working has increased exposure from employees.

At the same time, organizations have struggled to find skilled cyber security professionals to support this dramatic shift to homeworking – and report that cyber security (35%) is now the most ‘in demand’ technology skill in the world. This is the first time a security related skill has topped the list of global technology skills shortages for over a decade.

Although technology spend has risen dramatically during the pandemic, the survey found that technology budgets will be under more strain over the year ahead. Prior to COVID-19, over half (51%) of IT leaders expected a budget rise in the next 12 months, but during the pandemic this number declined to 43%. This still represents a net increase in budgets and remains almost twice as high as IT spend in 2009 – in the wake of the 2008 Global Financial Crisis.

Other key findings from the world’s largest technology survey include:

Bev White, CEO of Harvey Nash Group said: “This unexpected and unplanned surge in technology investment has also been accompanied by massive changes in how organizations operate – with more organizational change in the last six months than we have seen in the last ten years. Success will largely be about how organizations deal with their culture and engage with their people. In a world where location has dissolved, where the office now includes the kitchen table, and where over 80% of IT leaders are concerned about the mental health of their teams, organizations will need to reformulate their employee offer to attract and retain the talent they need to support them through the pandemic, and beyond.”

Steve Bates, Principal, KPMG in the US and global leader of KPMG International’s CIO Center of Excellence, said: “IT in the New Reality will be shaped by economic recovery patterns unique to each sector, location, and company. While every CIO is responding to these forces differently, one thing remains consistent; the urgency to act swiftly and decisively. Technology has never been more important to organizations’ ability to survive and thrive.”

COVID-19: The business issues the board wants IT to address:

Remote working and the new deal for employees:

Influence of the technology leader:

The post COVID-19 forces one of the biggest surges in technology investment in history appeared first on .

Coronavirus live news: Donald Trump says he is ‘doing well’ but ‘next few days will be real test’

Why a Common Data Classification Standard is an imperative for NATO

Revealed: the squalor inside ex-MoD camps being used...

The Issa brothers ought to have got their...