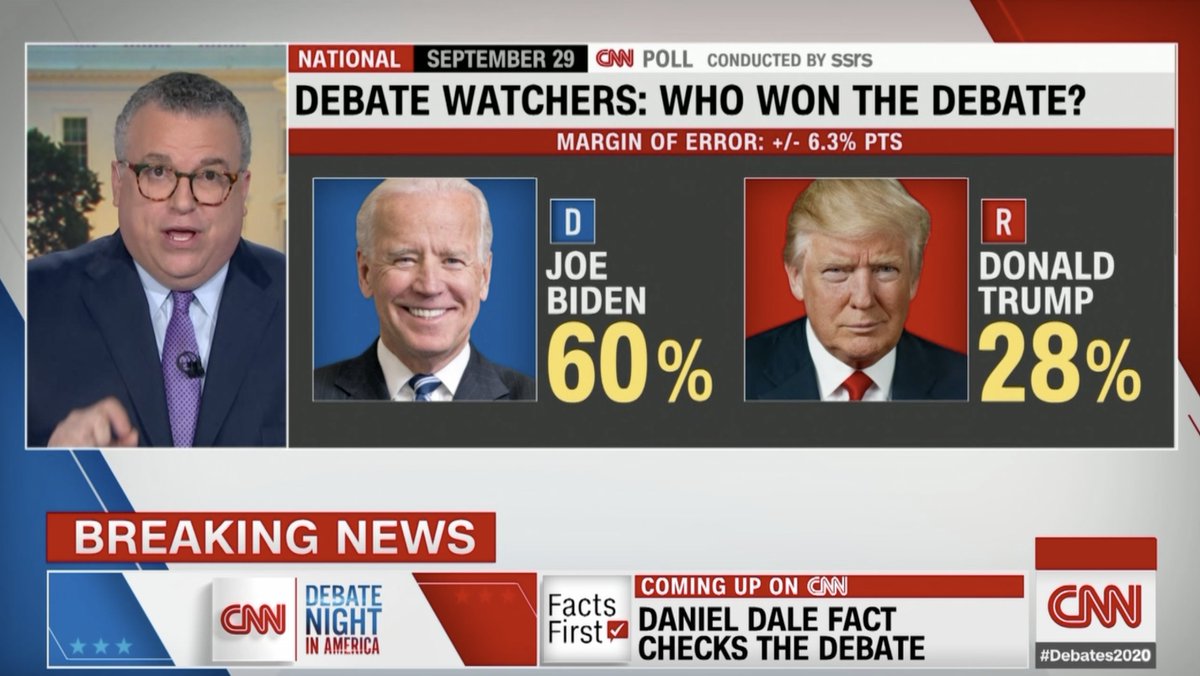 It’s also important to remember that Trump came into tonight’s debate trailing in the polls.

According to the FiveThirtyEight average of national polls, Biden currently has a 7.1-point advantage over Trump. The Democratic nominee is also leading in polls of key battleground states like Michigan, Pennsylvania and Wisconsin.

in Frank Luntz’s focus group, Ruthie from PA (upper right corner) said she was undecided coming into tonight….. but now likes Biden b/c Trump was behaving like a “crackhead” and made the debate impossible to watch pic.twitter.com/NjgvWvnTM9

After a chaotic debate tonight, the United Farm Workers would like Americans to be “thankful for the workers who bring us tequila after this debate”.

Tequila is made from blue agave (agave azul) or tequila agave. Stalks are cut off from the plants so more nutrients feed the heart (piñas) which can weigh as much as 175 pounds.

Let’s be thankful for the workers who bring us tequila after this debate.#Debate2020 #WeFeedYou pic.twitter.com/U23XdYIPoe

SAS research reveals a third of customers would...