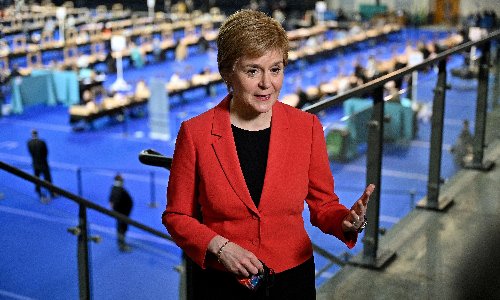 Boris Johnson has said it would be “irresponsible and reckless” to hold a second independence referendum as the possibility of an outright majority in the Holyrood elections for the Scottish National party remains on a knife-edge on Saturday morning.

With an SNP victory now assured after the first day of counting, the scene is set for a clash with Downing Street as the party’s leader, Nicola Sturgeon, warned Johnson that he would “have to go to court” to stop her new government introducing legislation for another referendum.

Post Office contacts hundreds who may have been wrongfully prosecuted