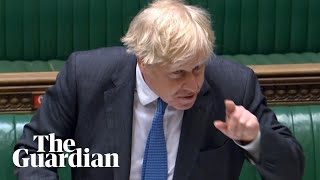 Boris Johnson’s fury as inquiry launched into ‘cash for curtains’

The Electoral Commission has launched an inquiry that has the potential to imperil Boris Johnson’s premiership as the “cash for curtains” row increasingly engulfed the prime minister.

With sweeping powers to call witnesses and refer matters to the police, the watchdog said its probe was necessary because it already believed there are “reasonable grounds” to suspect payments for expensive renovations to Johnson’s Downing Street flat could constitute several offences.

David Emm: Collaboration is Key to the Future Success – or Failure – of Human Augmentation