LS Lowry’s Going to the Match to…

Travellers to get one-week notice of overseas… 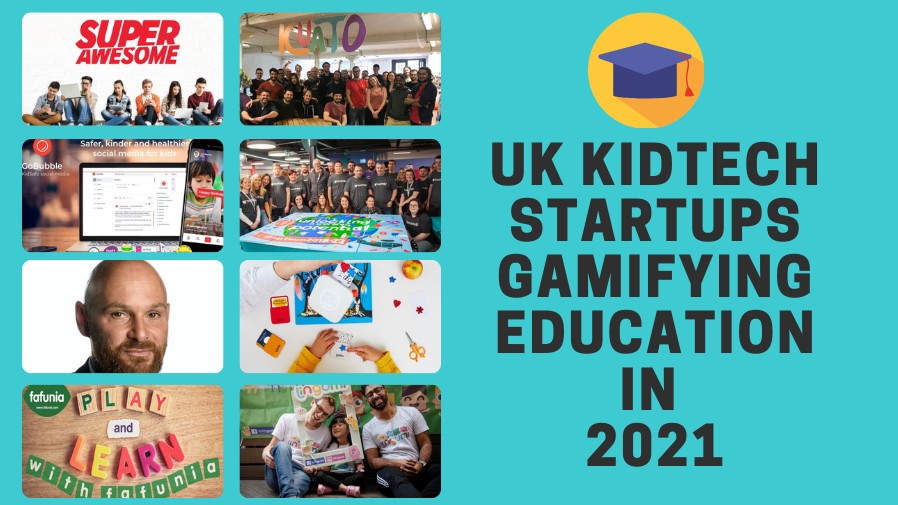 While COVID-19 outbreak and the corona crisis paralysed the global economy — for kidtech businesses — the global pandemic has brought about a load of new challenges.

Especially, children have met with an inconsistent learning experience. UNESCO estimated that more than 1.6 billion children all over the world were impacted as schools were shut due to the pandemic.

Not only children but teachers and parents also had to adapt to the remote learning concept. During the total lockdown days, when UKTN spoke to Dr Nichola Conlon, the co-founder of the biotech startup Nuchido, who’s also a mother to a school going daughter, she shared that homeschooling was putting a strain on their relationship and believed, intermittent lockdowns and homeschooling were here to stay. She pointed, “I would hope that more solutions are developed to make things easier so that levels of disruption are kept to a minimum.”

Hence, while talking about tech solutions, let’s take a look at venture-backed kidtech startups in the UK using their presence to help others struggling during this time.

Hundreds of companies use SuperAwesome‘s kidtech platform to ensure that digital engagement with children is safe, private and compliant with laws such as COPPA, GDPR-K, CCPA and others. It powers over 12 billion kid-safe digital engagements every month across safe advertising, video, community and parental consent.

The London-headquartered “kidtech” business was founded by Irish entrepreneur Dylan Collins in 2013, was acquired by Fortnite’s Epic Games in Sep 2020, and also bagged $17 million (nearly £12.3) in Jan 2020.

The edtech gaming studio from London, Kuato Studios has developed award-winning apps and games for the likes of Marvel and Disney.

Their independent gaming studio is dedicated to perfecting the balance between gameplay and embedded learning. The startup aims to empower children and parents with education-based games that help children learn within the environments they usually associate with entertainment.

With a total raise of £4.5 million led by Horizons Ventures, a Hong Kong-based fund, Mark Horneff, Managing Director at Kuato Studios tells UKTN, about its Actor/Director platform — that allows gamers to interact and engage in a shared online space. A typical Actor-Director arrangement involves a VR headset-wearing ‘Actor’ interacting with a virtual 3D world, which can be viewed and controlled by a ‘Director’ through a secondary device such as a tablet, mobile phone, or PC.

He says, “My daughter inspired me to work on this platform during the lockdown days, when using a National Geographic VR app. She kept asking me questions about her experience. When I struggled to engage with her, it struck me that if I could have a set screen — feeding me information and questions as she walked by something–it would be hugely valuable and take virtual reality to another level. And the Actor/Director platform was then born. We aim to empower the parent to contribute to their child’s play session meaningfully.”

Currently, the company is working on launching ‘Panic Room’ – its first virtual reality title. The game now runs on the Oculus Rift and has compatibility with various platforms such as iOS, Google Play, and PC, with more additional platforms coming.

Based out of Antrim, Texthelp has established itself as the global pioneer and leader in cloud-based assistive technology and learning analytics for the education and corporate sectors. The company has supported 30 million students and employees worldwide with reading, writing and numeracy, and productivity challenges, including those with dyslexia or working in a second language.

London kidtech startup GoBubble is a social learning community app for schools. It enables students to build and join learning communities in their class, school, and other schools. The company features include communication, collaboration, video sharing, analytics, and alerts on child wellbeing. The app is available on both Android and iOS platforms.

Back in late 2019, GoBubble bagged over £300K in funding through a select group of angel investors as a part of the Leeds-based investment non-profit NorthInvest community including David Pearce, Rich Hannam, Chris Jones, Peter Laithwaite and Juan Santana Medina and Yoti founder Robin Tombs. The investment was used to develop the platform to enhance its functionality, adaptability and expansion.

London-based Lingumi is a learning platform meant to help pre-school kids, especially from foreign countries to learn English as a second language. The app contains a curriculum of daily lessons and games that can be used alongside Lingumi’s physical products including ‘Play Cubes’ and ‘Jumbo Word Cards’. The startup works on a digital subscription basis and has over 10,000 users in non-English speaking countries.

In 2020, the startup raised a £4 million Series A funding to continue developing its AI-driven language lessons and expand the team globally. The round was led by China-based North Summit Capital, with support from existing investors LocalGlobe, ADV, and Entrepreneur First.

Yoto is a screen-free audio platform built for kids. Based in London, the company is on a mission to help parents inspire the next generation of independent and creative minds. Bringing together the best stories, music, activities, podcasts and radio into one place, Yoto ensures to put kids in control of their audio experience. One of its products – Yoto Player is a carefully connected speaker. It is smart as a connected device but all the content is safe.

Moonbug is a global entertainment company from London that creates and distributes inspiring and engaging stories to expand kids’ worlds and minds. The company creates, produces and publishes thousands of minutes of video and audio content every month with the goal of teaching compassion, empathy and resilience to kids around the world.

Northampton-based Fafunia is involved in creating open-ended play resources that are designed to support early brain development. Fafunia is on a mission to support children’s social, emotional and neurological development through open play. It is a place where parents and practitioners can support learning and skill-building through play.

Too early to say if England lockdown can...

LS Lowry’s Going to the Match to go...

Travellers to get one-week notice of overseas rule...