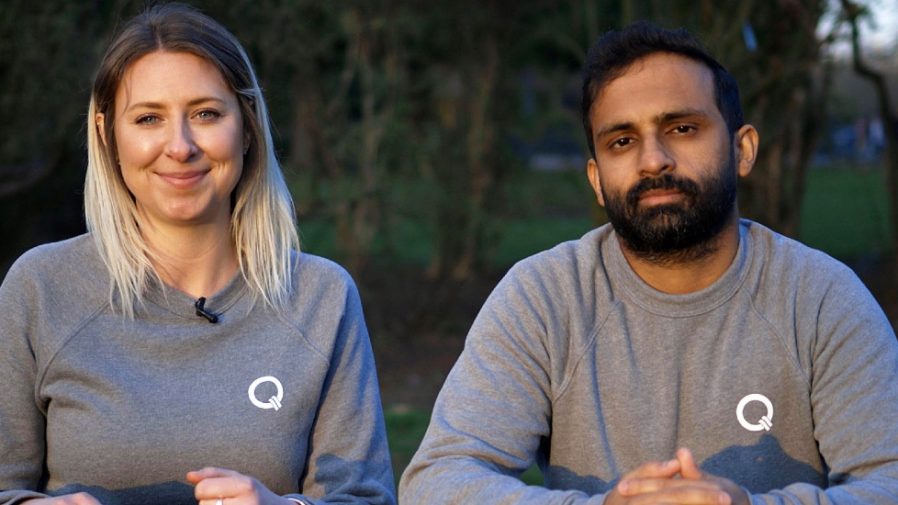 Qemistry: The next-gen dating app from London is a cross between Tinder and TikTok

The world is moving towards a new normal in the aftermath of the COVID-19 pandemic. This entails changing various aspects of our lives with dating being one of them. However, while the world moves on, dating apps seem to be stuck in time. London-based next-generation dating app startup Qemistry is all set to change it and has announced a £250,000 fundraise on Crowdcube.

Qemistry has listed its crowdfunding round online, which you can take a look at here. The target is set at £200,000 but the startup has already raised over £185k with 77 investors onboard at the time of writing this article.

In a conversation with UKTN, the company’s co-founder and COO, Emma Clark, reveals that the company has already spent some of the funds raised as part of this round, which bumped up its pre-money valuation that currently stands at a notable £1,286,646. This also led to a reduction of the listed goal from £250k to £200k. The company expects to raise its targeted funding amount much sooner than expected. These funds will be utilised for marketing.

Emma Clark, says, “Millennial dating apps are flawed. Gen Z is looking for more than a curated, photo-shopped collage of stills and we believe that video based profiles are the secret sauce to a potential lasting relationship. We believe Qemistry will be the go to dating app for 20-somethings. We already have thousands of Londoners on our wait list and have been trialling and evolving our beta for the last few months with a small segment of our user base prior to going public in May.”

The way dating apps work has been quite straightforward. One sets up their profile, uploads a bunch of images and starts swiping. Qemistry, however, offers an altered experience. The dating app enables users to set a series of video clips on their profile, instead of mere static images. It opens up a new way of dating, with video profiles that are touted to put personality at the forefront.

With traditional dating apps that are solely looks driven, problems such as racial biases, mental health problems, and catfishing are prevalent. Qemistry’s approach is also said to help solve these issues. The company claims it is the only dating app in the UK positioned for Gen Z and it offers a real and better path to dating. The Qemistry dating app will now be available for everyone as its launch coincides with the latest fundraise.

With videos, reels, short Instagram Stories and TikTok like videos, Qemistry allows members to actually get a sense of the other person’s personality. The app already has a wait list of around 10,000 Londoners and Clark tells us that with this launch, the waitlist will be processed to grant app access at a faster rate.

One may feel a bit skeptical about how a new dating app that banks on videos will be different. Especially, since there are a plethora of other apps that can accomplish the same such as Discord or even Omegle. However, one needs to note that the aforementioned apps are not tailored for dating, while Qemistry is meant to do exactly that. With a video-rich user profile and AI to check video content, backed up by human moderators, one can feel confident while dating people online.

The idea for the startup originated from London-based singletons, co-founders Emma Clark and Sachin Karia. The duo were fed up with endless swiping through bland faces on out-dated dating apps. Whilst there were multiple dating apps available, they didn’t live upto their expectations and they certainly didn’t keep up with the current trend of moving to videos.

The co-founders then decided to solve this problem and evolve what existing dating apps offer, bringing them in line with the rest of social media. Via the app, which is currently free to use, one can comment on profiles, match with others and chat with potential dates.

The post Qemistry: The next-gen dating app from London is a cross between Tinder and TikTok appeared first on UKTN (UK Tech News).

All Covid-19 fines in England should be reviewed, MPs say

Keir Starmer under fire for failing to challenge...